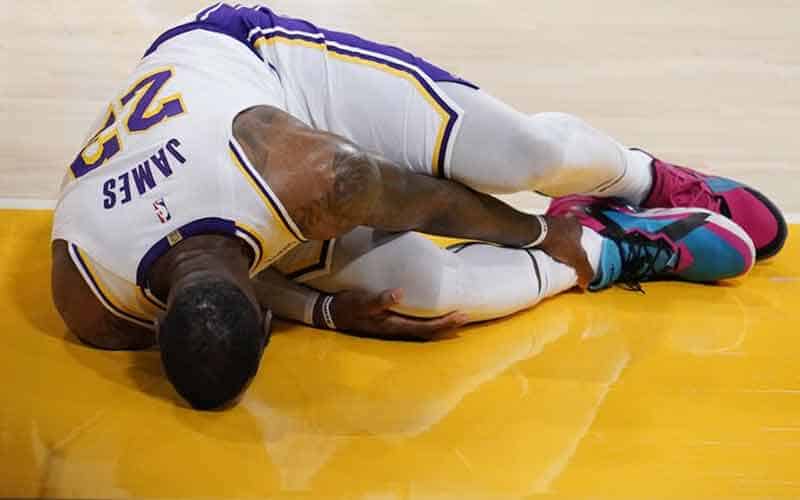 For most of the 2021 NBA Season, the Los Angeles Lakers have been featured as the predicted winner of the Western Conference and earning a second trip to the NBA Finals in as many years.

A mid-season ankle injury for star forward LeBron James caused him to miss significant time. While he has been out of the lineup, the Lakers have continued to drop in the standings, but somehow, NBA Playoff sportsbook sites continue to feature them as a championship contender.

On the eve of the NBA Playoffs, the Los Angeles Lakers now find themselves in a situation where they must participate in a Play-In tournament to qualify for professional basketball’s postseason.

If LA can defeat the Golden State Warriors, they’ll automatically clinch the #7 seed in the Western Conference bracket and get a chance to defend their NBA Title that they earned at the end of the shortened 2020 season.

While LA and LeBron are favored to beat the Warriors by at least 5 points, online NBA sportsbooks have been wrong about the Lakers for most of the second half of the 2021 season.

Bovada still has Los Angeles as the second-highest odds getter in their 2021 NBA championship futures, just behind the Brooklyn Nets who have been favored to win it all for several weeks now.

The league would like nothing more than a cross country, New York vs. Los Angeles NBA Finals to showcase some of the biggest stars in the NBA in front of a national audience. Last season’s LA vs. Miami Heat finals experienced low ratings, something the NBA would like to improve upon in 2021.

We here at Sports Betting Legal have been tracking the NBA Playoff picture odds for several weeks now, and despite the fluctuating performance of the Lakers over the last two months, oddsmakers have remained steady and have stood behind them.

Most likely, this is due to bookmakers believing that LeBron will perform well once the postseason begins and that he’ll turn it on when it matters.

This is an incredibly risky bet, as his return did not make enough of an impact to secure an automatic bid, and now they find themselves two losses away from being bounced from the 2021 NBA Playoffs.