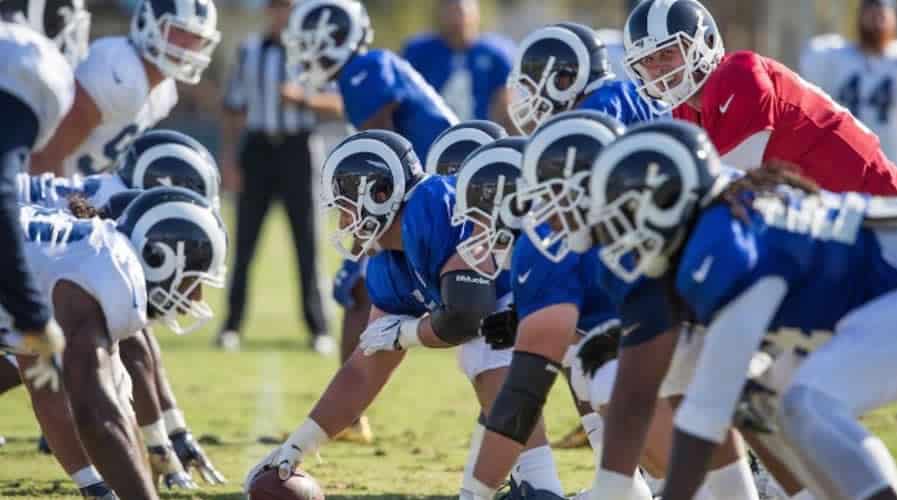 The NFC West gave the Super Bowl its conference champion in the Los Angeles Rams last season before becoming the next victim to the New England Patriots dynasty. Now in 2019, the team hopes to not only return to the Super Bowl, but to win.

Franchise quarterback Jared Goff played all 16 games last season in his third year, leading the team to a 13-3 record and the division title. Improving in most statistical categories, Goff threw for 4,688 yards and 32 touchdowns. Guided by the leadership of head coach Sean McVay, who has gone 24-8 in regular-season games despite only being 33 years old, the team is ready to forge their own dynasty.

The former Super Bowl champion Seattle Seahawks also have a case for the NFC West title. Finishing 10-6 last season and making the playoffs last year, the team is still led by QB Russell Wilson and coach Pete Carroll. If the team remains consistent, they’ll likely make the playoffs again, even if they can’t win the division this season.

The San Francisco 49ers are still holding their breath on QB Jimmy Garoppolo. Coming off a torn ACL in 2018, Garoppolo needs to prove he’s worth his $137.5 million contract. In the nine games Garoppolo has started for San Francisco the last two seasons, he’s gone a decent 6-2.

Despite having the lowest chance of winning the division, the Arizona Cardinals might have the biggest storyline coming into the 2019 season: No.1 overall pick QB Kyler Murray. The 2018 Heisman winner is entering his first season with Arizona, turning down a chance to play professional baseball instead. While the Cards aren’t expected to do much this season, they could be exciting nonetheless.

Barring a Super Bowl hangover, the Rams could return to the championship game. But first, they plan on winning the NFC West title. Aside from Goff, the Rams also have running back Todd Gurley. The All-Pro back accounted for 17 rushing touchdowns last season and added four more receiving. WR Brandin Cooks is another offensive weapon for the team, catching over 1,200 yards in 2019 for Los Angeles.

Anchored by DT Aaron Donald, the Rams also have a lot of versatility on defense. After adding a number of new faces in the offseason, including players like LB Clay Matthews and S Eric Weddle, defensive coordinator Wade Phillips has a variety of packages to throw at opposing offenses.

If they avoid a slump, the Rams can take the division again this season and get back to the Super Bowl.

The Seahawks have done well in the Wilson-Carroll era, going 75-36-1 and winning Super Bowl XLVIII since the coach and quarterback paired up in 2012. This offseason, Seattle gave Wilson a record-breaking contract worth $140 million in hopes that they return to the Super Bowl once again.

Helping Wilson with the team’s run-heavy offense are running backs Chris Carson and Rashaad Penny. In 2018, the young duo accounted for nearly 1,600 yards. Overall, the team led the league in rushing at 2,560 yards. Go-to receiver Tyler Lockett and rookie DK Metcalf will relieve the rushing strain with their downfield capabilities, giving the team a balance on offense.

There’s no longer a Legion of Boom in the Pacific Northwest, but S Bradley McDougald and CB Tre Flowers provided solid secondary staples in 2018. If the team can stay balanced on both sides of the ball, they’ll do well this season.

If Garoppolo can stay healthy, the Niners might have a shot at the division title in 2019. San Francisco went 4-12 last season, so they’ll need more than one player to flip the script.

Running back Jerick McKinnon returns from his 2018 ACL tear and the team signed RB Tevin Coleman to boost the run game. At receiver, the team added Jordan Matthews in free agency before drafting Deebo Samuel and Jalen Hurd. To boost their defensive outputs, San Francisco traded for LB Dee Ford and drafted DE Nick Bosa with the second overall pick.

A franchise quarterback and dominant pass rushers are vital for successful football teams. The upcoming season will be San Francisco’s chance to see if they have both.

Arizona finished 3-13 last season but was able to snag Murray with the number pick in the draft. The team also added new head coach Kliff Kingsbury, hoping his offensive-mindedness can bolster the team’s production.

The Cardinals also added G J.R. Sweezy and RT Marcus Gilbert to the offensive line in hopes of protecting their new quarterback. All-Pro RB David Johnson will return this season after missing 15 games in 2018 with a wrist injury. The team will also be led by veteran WR Larry Fitzgerald, cementing the core of the offense.

The team is switching back to a 3-4 defense but will be without CB Patrick Peterson the first six games due to his PED suspension. Until then, cornerbacks Robert Alford and Byron Murphy will hold the secondary down for Arizona.

Coming off a terrible season, now with new players and coaches, the Cardinals longshot chances of taking the division are justified. It’ll be a process for Arizona, but whether they trust it, only time will tell.