After a tough road to the Final, United States favored in World Cup against Dutch 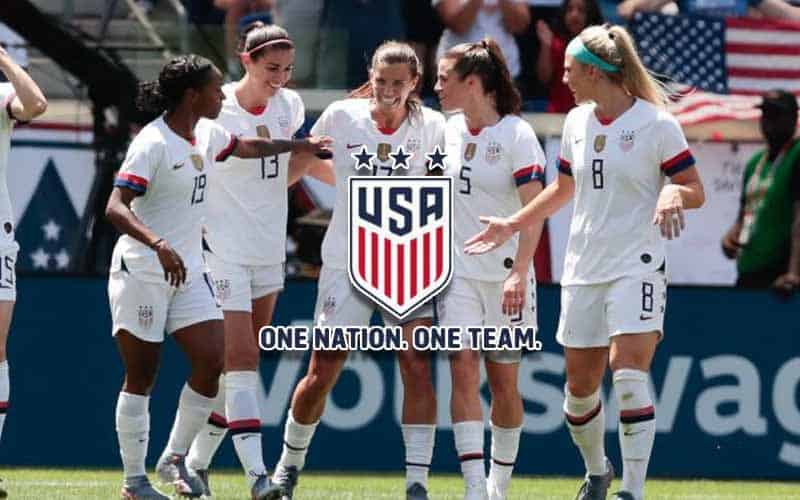 Entering the 2019 Women’s World Cup, the United States squad was a heavy favorite at +300. Now, entering the Final, Bovada gives the USA -600 odds versus the Netherlands (+425) to bring home a fourth title.

While the world, and oddsmakers, expected them to make it to the final match, the US women haven’t had the easiest road there.

Despite setting the record for most goals scored in a World Cup match, 13 against Thailand, the United States has faced stronger opponents and injuries since that June 11 match.

In the Round of 16 against Spain, the team looked flat going into halftime tied 1-1.

However, due to a late penalty kick, the second of the match for star forward Megan Rapinoe, the United States was able to secure the 2-1 win.

Rapinoe continued her heroics early into USA’s next match against France, the team oddsmakers had behind the United States as championship favorites (+350).

Within the first five minutes of the match, Rapinoe scored on a free kick for a 1-0 lead.

In the second half, Rapinoe scored again, tallying her fifth goal overall in the 2019 World Cup.

France scored in the 80th minute but was unable to equal the United States’ goal total before the final whistle.

Despite the win, the US took a major hit against the French national team with Rapinoe’s hamstring injury.

Although the team ruled it a “slight sprain,” Rapinoe still sat out against England.

The USA’s next match featured the only thing between the team and the Final: an English Women’s squad ranked number-three in the world by FIFA.

In the 31st minute, USA forward Alex Morgan, whom Bovada predicts will be the tournament’s top scorer (-200), netted a goal to give the team a 2-1 lead at halftime.

In the 70th minute, White appeared to score a second goal for England, but officials later called her offsides and negated the point.

Then in dramatic fashion, US goalkeeper Alyssa Naeher saved a penalty kick by England’s Steph Houghton with six minutes left in the match.

Naeher faced many questions throughout the tournament as the replacement for former US goalie Hope Solo.

In an interview with the Associated Press, Naeher said she doesn’t involve herself with the comparisons.

“I’ve said from the beginning that I just try to be me. My goal every day is just being a better person, better player than I was yesterday. It’s not about comparisons.”

The United States now enters the Final with a rested Rapinoe—that hopes to play—and a confident Naeher.

The depth of the roster and experience of a team entering their third consecutive World Cup final will surely play into their match against the Netherlands.

The Dutch cannot be underestimated, however. The first-time World Cup finalists are also the reigning European champions.

The Netherlands had tough matchups against New Zealand, Cameroon, Canada, Japan, and Italy before their semifinal match against Sweden.

The Dutch were able to beat the Swedes in extra time 1-0, something that may affect the team’s fatigue against the United States.

The United States and the Netherlands play July 7 at 11 a.m. on Fox, FS1, Telemundo, and fuboTV.