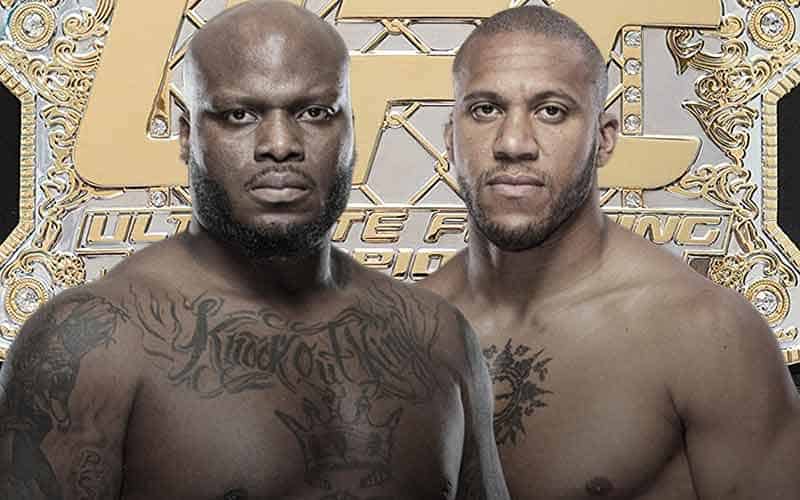 The UFC Heavyweight Title will be on the line this Saturday night when contenders Derrick Lewis and Ciryl Gane compete at UFC 265 in what oddsmakers are predicting will be a bout that will be won by the less experienced fighter.

The much larger statured Derrick Lewis is not expected to be victorious in his efforts to attain the Heavyweight strap and UFC sportsbook sites are currently listing moneylines that place him as a massive underdog to Ciryl Gane by as many as 675 points.

The above scenario illustrates the importance of line shopping for the best sportsbook payouts as each one will typically offer variances that can be taken advantage of.

MMA gamblers that believe Gane will be victorious should lay their action at BetOnline because they are offering the best payouts on him at the moment. A $3 bet on Gane to win at UFC 265 will earn $1, whereas bets of $3.30 and $3.70 will be required at Bovada and BetOnline for the same result.

UFC bets on Derrick Lewis to beat Ciryl Gane should also be placed at BetOnline because they will reward sports gamblers with more cash for the same outcome. A one-dollar bet on Lewis at BetOnline yields $3.75, whereas the same wager at MyBookie and Bovada nets $2.95 and $2.50, respectively.

MyBookie is the lone UFC sportsbook site that has placed an over/under for the Lewis v. Game bout, and it is currently resting at 4.5 rounds. To further support that over/under total, BetOnline has produced the following UFC prop bet on whether or not the fight will go the distance, and the odds suggest that it will complete within the 5-round timeframe.

Below we have provided the tale of the tape for UFC 265’s main event to illustrate the many factors involved in setting the odds for this heavyweight MMA clash.

Gane possesses an advantage in every category save for experience and leg reach. Lewis is more of a striker, earning 80% of his victories via knockout or TKO.

Balance is the name of the game when it comes to Gane’s MMA strategy, with a nearly equal number of victories coming by knockout, submission, and judge’s decision.

The following UFC prop bet implies that the most likely outcome of Saturday night’s fight is that Ciryl Gane will with by knockout or TKO, however, all options in this line feature moneyline odds that reward a higher than the amount risked.

Ciryl Gane vs Derrick Lewis – Odds For Method of Victory

UFC 265 is being held at the Toyota Center in Houston, Texas, and will begin this Saturday night at 5 PM. The event can be purchased on pay-per-view for $79.99 on ESPN+.