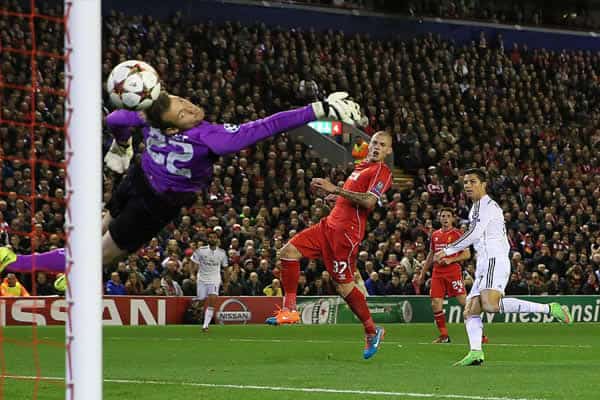 Real Madrid has won the Champions League two years in a row and is one game away from claiming a third-straight title. In their way lies Liverpool, a fast-paced youthful team from England. Does Liverpool have what it takes to knock out the reigning European champions? We believe so, but it will be no simple feat.

If you look at the sportsbooks, most are pretty close in the point spread. Real Madrid is favored to win, but the odds are close. It is easy to see why most oddsmakers are picking Los Blancos to win the game given their international stature and level of talent. They have arguably the best player on the planet in their lineup in Cristiano Ronaldo. The club legend has racked up 15 Champions League goals this season alone. He is the all-time leading goal scorer in Champions League history. The winger will also likely have a field day with Liverpool defenders Virgil van Dijk and Dejan Lovren.

Madrid also has key players in Dani Carvajal, Sergio Ramos, Marcelo, Toni Kroos, Karim Benzema and Isco. Basically, Madrid has a winning formula that can maintain possession for most of the game. They could run it down the wings with Ronaldo and possibly Gareth Bale or go straight up through the middle. Marcelo has a difficult task in marking Mo Salah when he enters the final third. The fast-paced Egyptian forward has been a mercurial goal-scoring threat for the Reds all season long. If Madrid wants to win this game, they need to neutralize Salah and put more pressure on Sane and Firmino.

Liverpool’s front three of Mo Salah, Roberto Firmino and Sadio Mane are undoubtedly the reason why they are in this position. Without these attacking players, Liverpool has no offense. If one of them begins to lag behind, the others typically pick up the slack. Liverpool did lose midfielder Alex Oxlade-Chamberlain to injury earlier this year, but they have Georginio Wijnaldum to make up for it. Liverpool will likely try to thread the offense through Salah, but this could be difficult given how strong of a defender Marcelo can be. Sure, Marcelo is older than Salah and not as fast, but his experience and overall talent go a long way.

You could argue that Liverpool’s inexperience will hurt them, but the fact that the majority of the team is younger could become a factor down the stretch. Tired legs don’t run as fast and Liverpool are known to score quickly off a fast break counterattack. If the Reds can stave off Real Madrid long enough, they could potentially run riot over them in the final minutes. They’ll also be up against a world-class keeper in Jesus Navas, one of the tougher goalies they have faced in this competition.

We see this game being a close one. Madrid will look to set the tone early while Liverpool will want to turn a fast break off a turnover. There will be a lot of strategy at play here with managers Jurgen Klopp and Zinedine Zidane at the helms. It should be an exciting fixture in Champions League final history. There are no US gambling laws that prevent residents from betting on international soccer matchups. Sports betting states are free to bet online with the use of offshore sportsbooks.