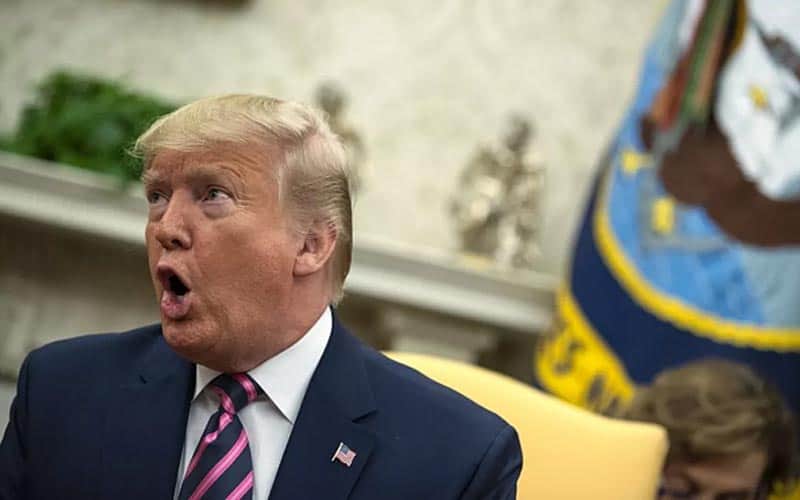 If you were to ask Twitter what day it was, the vast majority would say it is Impeachment Day. From what President Donald Trump has tweeted already, he might even agree.

The House of Representatives is currently meeting to vote on the two articles of impeachment against the POTUS. The first step of the day, debating on the rule outlining the rest of the procedures, finished a little after 11 am ET.

The next step for the House is to debate the articles. The two charges against Trump– abuse of power and obstruction of Congress– will be discussed over the next six hours before the official vote.

Will Donald Trump be impeached during his first term?

Trump has kept his ear to the ground during the entire process, culminating with his letter to House Speaker Nancy Pelosi and his barrage of tweets.

In his letter, Trump called the impeachment an “unconstitutional abuse of power.”

“This impeachment represents an unprecedented and unconstitutional abuse of power by Democrat Lawmakers, unequaled in nearly two and a half centuries of American legislative history,” the President wrote.

It is unclear exactly what Trump means by “unconstitutional” as impeachment is written into the US Constitution. “Unprecedented” is also ambiguous as two former Presidents– Bill Clinton in 1998 and Andrew Johnson in 1868– were also impeached.

Nevertheless, it appears that Trump suspects he will be impeached today, despite believing he “DID NOTHING WRONG!”

Can you believe that I will be impeached today by the Radical Left, Do Nothing Democrats, AND I DID NOTHING WRONG! A terrible Thing. Read the Transcripts. This should never happen to another President again. Say a PRAYER!

While there may be some confusion on what impeachment means, Trump must be tried by the Senate and found guilty before he would be removed from office. The previous two Presidents impeached were not removed.

Will Donald Trump be removed from office by the Senate?