What Are The Odds That College Football Is Canceled This Fall? 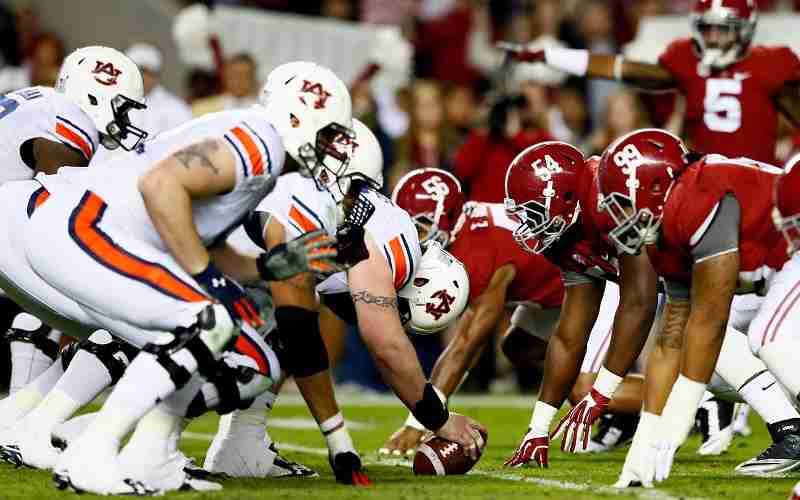 There have been whispers for months now about the fate of NCAA sports this fall, specifically, college football.

The continuing spread of the COVID-19 virus has already caused the cancellation of the NCAA’s 2020 March Madness Tournament and is now threatening to postpone or outright cancel the 2020-2021 college football season.

Many lower division football conferences have canceled their season already, but when it comes to Division 1 football, there is a lot of money on the line.

Television broadcasts, ticket and concession sales, and the economic impact on local collegiate cities is significant and generates billions of dollars each fall weekend.

Betting on college football is another significant moneymaker, and although the upcoming season may be in doubt, there are still hundreds of betting lines on the boards at major online sportsbooks.

Until recently, when pressed, most athletic officials around the country fell in line with the fall school schedule. The common sentiment was, if classes are in, football and other sports will be a go.

Now, the situation seems to be changing.

The Power Five Conferences are huddling together to determine the fate of the college football betting season. CNN reports that the talks are continuing and that no decision has been made yet.

Over the weekend, the Mid-American Conference (MAC) announced that they were canceling all sports, which has turned a sharper focus toward the discussions that the Power Five conferences are currently holding.

The MAC is the first D1 conference to cancel fall sports and could end up being the initial domino that begins the fall of the 2020-2021 NCAA Football season.

There have also been rumors that the schedule could be pushed to spring, or that competition could be restricted to a conference-only schedule.

If indeed the NCAA adopts a conference-only policy, then they should perhaps consider the quarantine models set by Major League Soccer (MLS) and the NBA. They’ve managed to keep the spread of COVID-19 to an absolute minimum and both appear to be in a great position to finish their respective seasons.

The following odds for whether the Power Five will declare their intentions to postponement prior to September 15, 2020, have been provided by BetOnline.

Online sportsbooks are also hopeful that college football returns. The following NCAA College Football Championship odds have been provided by Bovada Sportsbook. The Clemson Tigers are favored to take home their third national title in the last five years if the season occurs.

A wager of $100 on Clemson has the potential to earn $225, which is not a bad payout for a result that many consider a sure thing. Of course, all bets are canceled if the season is unable to begin or complete through to a championship, which, unfortunately, is also starting to look like a sure thing.

With odds like these, Clemson is pushing for the season to occur on time. Tigers star QB Trevor Lawrence has been vocal on Twitter regarding his desire to return to action, but the following tweet sums his feelings up succinctly.