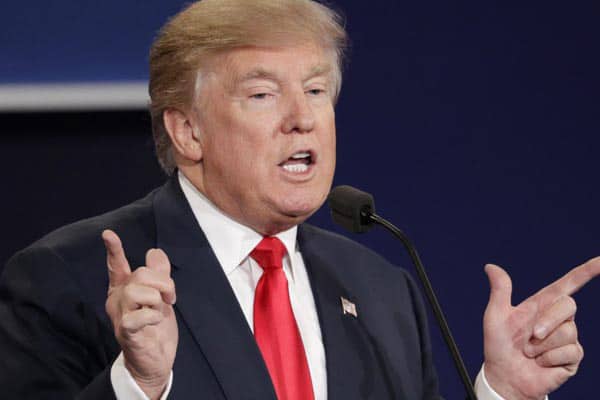 The NFL made headlines last week by announcing that players would be fined for kneeling during the National Anthem. The protests have shifted narratives from spotlighting racial injustice to being anti-military and now it seems President Trump is to blame. Trump is also on the hook for influencing owners into passing this law that borderlines on violating players’ civil rights.

“Tell everybody you can’t win this one. This one lifts me,” is what President Trump allegedly said to Cowboys owner Jerry Jones in a private phone conversation back in September 2017. That same month, Trump denounced the National Anthem protests and suggested that players who do not kneel for the flag should be removed from the league and perhaps the country.

Jones relayed his phone conversation to other owners in a meeting discussing what to do about the protests. Owners were dying to make some type of move, as the protests were hurting the teams and league financially. Apparently once Trump’s words were relayed, several owners began to change their minds. Miami Dolphins owner Stephen Ross testified in his deposition that he was supportive of the protesting players until the president offered his two cents. Ross said Trump “changed the dialogue” and he also believes that Trump influenced NFL Commissioner Roger Goodell.

These depositions may cause irreparable harm to the league, as they will prove collusion between the owners and president. President Trump claimed that the NFL couldn’t win the kneeling issue, meaning they would have to spin it a certain way—his way. Trump cited the NFL protests to promote his political agenda. By steering the protests away from racial inequality and towards anti-military demonstrations, he incited many Americans into associating the NFL with anti-military sentiments. It is no wonder the NFL took a hit with the protests considering many were aligning them with this notion put out by Trump.

This update proves that President Trump had a direct influence on how the league formed a policy and a very controversial one at that. It is illegal for any government official to enforce their will on a private corporation, and Trump did just that with his comments. This news may even be grounds for the NFL to revoke the rule and draw something else up. Whatever they decide to do, people will think the president had some hand in it.

Trump himself could face legal trouble for this scandal. He is already going through multiple scandals, and this one falls below them in terms of severity, but it does not excuse what he did. The owners are to blame here as well, and even though they are attempting to tuck tail and run away from their decision by throwing Trump under the bus, the fact remains that they are all involved with this to some extent. The NFL should have just remained silent on this issue because they have now put themselves under a microscope.