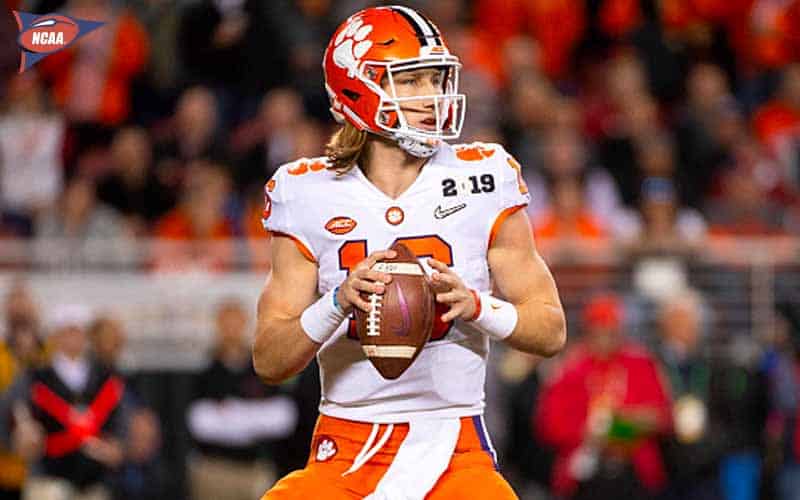 Albeit sloppy, the Florida Gators and Miami Hurricanes started off the 2019 college football season in exciting fashion with a close 24-20 victory for Florida in Week 0.

With Week 1 officially beginning tonight, the season is in full swing. The highest-profile game is an ACC matchup between the defending national champion Clemson Tigers and the Georgia Tech Yellow Jackets.

Clemson begins its title defense against Georgia Tech tonight on the ACC Network. Georgia Tech, a team trying to find its identity as it moves to a spread-based offense, is not given much hope of upsetting the Championship favorites. Led by Heisman contender Trevor Lawrence at quarterback, the Tigers are expected to score big on the Yellow Jackets and cruise to a victory.

Texas A&M finished the year strong under first-year coach Jimbo Fisher, winning four straight games at the end of the season. The Aggies are projected to start the 2019 season off with a win over the Texas State Bobcats. With TAMU so heavily favored in the NCAAF betting odds, coupled with their “12th Man” in College Station, the Bobcats don’t really stand a chance.

In the biggest rivalry game of the week, the defending Pac-12 South champion Utah Utes are favored to beat the BYU Cougars tonight in Provo. Brigham Young is coming off a 7-6 season in 2018, beating Western Michigan in the Famous Idaho Potato Bowl. Predicted to be one of the closest games of the night, the Utes are only 6.5 point favorites.

Central Florida and Florida A&M highlight the second consecutive week of Sunshine State Showdowns after Miami and Florida last week. The Golden Knights, the self-crowned 2017 national champions, are huge favorites against the FAMU Rattlers at 45.5 points. Despite the numbers weighted against FAMU, the Rattler fans have helped sellout Spectrum Stadium with an “Orange Out” for the game.

Coming off a dismal 3-win season in Chip Kelly’s first year with the team, UCLA is looking to bounce back in 2019. They might have to wait until Week 2 before winning, though. The Cincinnati Bearcats are 3 point favorites tonight against the Bruins. Last season, Cincy was a 14.5 point underdog and still beat UCLA 26-17. Nevertheless, it is predicted to be a close game between the two.

Most people probably couldn’t say where Kent State was (Ohio) or what their mascot is (Golden Flashes). Most people, including oddsmakers, also wouldn’t pick them to beat Arizona State tonight. The Sun Devils, led by famed head coach Herm Edwards, are 24.5 point favorites at home, where they went 5-1 in 2018.

The Golden Gophers finished 2018 at 7-6. The SDSU Jackrabbits, on the other hand, went 10-3 in the FCS and are looking to take down an FBS team early this season. Unfortunately, despite their dominance in the FCS, South Dakota State only has a small chance to beat Minnesota. As a 14.5 point favorite at home, Minnesota should pull this one out.