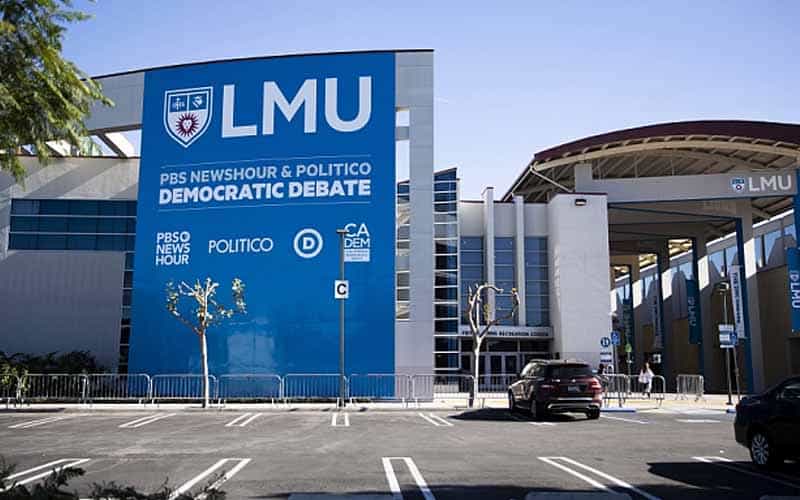 For those that actually knew there was a Democratic debate tonight, we regret to inform you that no sportsbooks are offering any prop bets for the events.

For those that didn’t know about the debate due to the impeachment of Donald Trump, there are plenty of bets available for that.

We won’t leave our political bettors hanging out to dry. Even though the sportsbooks are not accepting action on any props for the debate, the Democratic nomination odds are still very important.

Before we get into those, here is some key information about tonight’s debate.

The December debate will be the sixth of 2019 and the last of the decade. Politico and PBS NewsHour will share hosting duties for the night, which starts at 8 pm ET and can be viewed on PBS, CNN, PBS.org, Politico.com, or CNN.com.

The December debate has sought out warmer weather by heading to Loyola Marymount University in Los Angeles, California and will be moderated by Judy Woodruff, Amna Nawaz, and Yamiche Alcindor.

Those seven candidates are:

Former NYC Mayor Bloomberg will also miss the debate, but only because he is automatically disqualified due to his campaign is not accepting donations.

As for the political betting odds we promised, Biden leads all Democratic candidates with +275 chances of becoming the party nominee. In second, Warren has +400 odds, followed by Sanders with +425 and Buttigieg with +450.