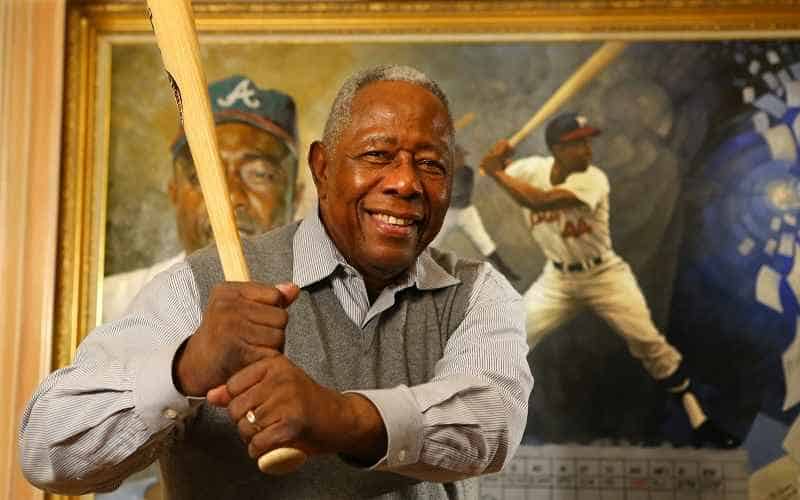 Hank Aaron, one of the all-time icons of Major League Baseball, has passed away at the age of 86.

Born February 5, 1934, in Mobile, Alabama, Henry Louis Aaron tried out for his first professional roster spot at 15, breaking into the Negro leagues at 17 before making his MLB debut in 1954 at the age of 20.

While best known to casual baseball fans as the guy who broke Babe Ruth’s home run record and finished his career with 755 dingers, “Hammerin’ Hank” – who played most of his career with the Braves franchise in Milwaukee and then Atlanta – was much more than that to true fans of the game.

Even for youngsters that never got to see him play live – like those of us who grew up in the south and followed the Atlanta Braves during their 1990s renaissance – Aaron always loomed larger than life.

That was never more evident than when Barry Bonds finally broke Aaron’s all-time HR record in August 2007. Despite Bonds’ achievement, it was Aaron that dominated the headlines.

Of course, Aaron’s contributions to the game went much further than his acumen for slugging the longball.

In fact, even though he was the MLB home run king for 33 years, Aaron only led the league in HRs four times during his 23 seasons in the Bigs.

Indeed, Aaron’s lasting legacy to the sport (aside from his outsize presence in one of the nation’s civil rights hotbeds during the 1960s) was his longevity.

Many of his MLB records are unlikely to be broken, simply because he played so well for so long.

Aaron’s career stat line is only the tip of the iceberg:

As far as Hall of Famers go – Aaron was inducted into Cooperstown in 1982 with 97.83% of the first ballot vote (though we can’t imagine what kind of baseball writer would actually vote against him) – the only thing “average” about his career was his batting average.

While .305 is an incredible achievement over a two-decade-plus span, many HOF voters view a .300 BA as a minimum prerequisite for enshrinement.

But in all other respects, Aaron’s output was nearly – or quite literally – unrivaled in MLB history.

Aaron’s 3771 hits are third all-time behind only Pete Rose and Ty Cobb. His 755 home runs are still viewed by baseball purists as the most ever (despite Bonds’ 762, due to the cloud of the so-called “Steroid Era”). His 2297 RBIs rank number one.

Aaron holds the MLB record of the most All-Star selections with 25, having played in a record 24 All-Star Games. Aaron also has the most extra-base hits in MLB history with 1477, as well as the career record for total bases with 6856.

Those are all records that are unlikely to ever fall.

Other MLB achievements on Aaron’s resume include:

It goes without saying that Aaron was a baseball fan’s dream.

But he was also a bettor’s dream.

With legal sports betting getting its start in Las Vegas, Nevada, in 1949 – and with baseball firmly entrenched then as the de facto national pastime – Aaron was one of the most popular players for anyone betting on the MLB.

Without question, Aaron led the odds boards more than any other player of his era, and even in passing, he’s still likely to be featured prominently as modern players “approach” his various statistical marks.

But if you ever see a prop asking whether or not one of these contemporary league leaders is going to topple the Hammer, take the “no,” regardless of the odds.

And that’s the best betting advice you’re ever going to get.