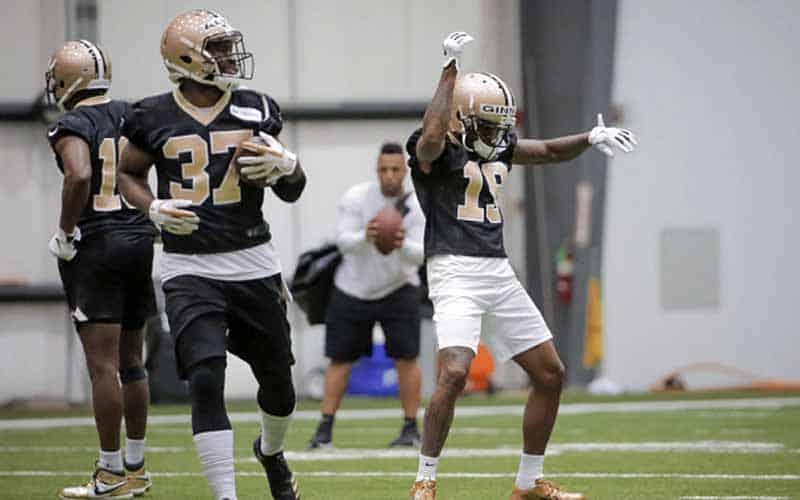 In the last ten Super Bowls, NFC South teams have accounted for three of the matchups: Saints in SBXLIV, Panthers in SB50, and the Falcons in SBLI. For the upcoming Super Bowl LIV, the division rivals all hope to make it that far again.

New Orleans dominated the division last season, winning the title at 13-3. The Panthers and Falcons finished at 7-9 with the Buccaneers at 5-11. As the only team of significance in 2018, the Saints have the best odds to win the division again in 2019.

Although Atlanta and Carolina don’t have the best odds to win the division, it’s still possible for one of the teams to take the title. Led by MVP-winning quarterbacks — Matt Ryan in Atlanta and Cam Newton in Carolina — either one could catch the Saints. Or, in the case of the 2017 season, all three could make the playoffs out of the same division.

Unfortunately for the last team in the NFC South, it’s not likely Tampa Bay will make any strides toward becoming the division champions in 2019.

It’s been a long time since New Orleans’s Super Bowl win. In the decade since then, QB Drew Brees has turned 40, but the Saints have stayed in a position to win almost every season. With Brees, plus 17 more of the 22 NFC Championship game starters returning, the Saints look primed for this season. Going into the 2018 postseason, the Saints were Super Bowl favorites but were victims of a controversial no-call that ended their season in the NFC Championship game against the Los Angeles Rams.

If Brees is the head of the offense, WR Michael Thomas and RB Alvin Kamara are the legs. Thomas earned All-Pro honors last season, leading the league with 125 receptions and tallying 9 touchdowns. Kamara’s rushing yardage won’t blow anyone away, but the back still put up 14 touchdowns for the team in 2018. With RB Mark Ingram joining the Ravens, Kamara’s role is likely to increase in 2019.

On defense, DE Cameron Jordan teams with 2018 first-rounder Marcus Davenport to anchor the d-line. New Orleans’s secondary has more questions, however. Second-year S Marcus Williams took a dip in production last year. Rookie Chauncey Gardner-Johnson is expected to help the team at safety, if he can match his college production.

Ryan has put up impressive numbers over the years, including 4,924 passing yards and 35 touchdowns in 2018. However, without WR Julio Jones, Ryan’s numbers would probably look a lot different. Jones caught a league-best 1,677 yards paired with 8 TDs for the Falcons. RB Devonta Freeman missed nearly all of 2018, but his return in 2019 could push the offense over the threshold.

DE Adrian Clayborn returns to the Falcons after a year in New England to bolster the pass rush in Atlanta. LB Deion Jones and S Keanu Neal will be healthy at the start of the 2019 season to help 2018’s underperforming defense.

The Falcons have shown flashes of greatness during Ryan’s tenure in Atlanta, but have been plagued the last few years by their 25-point blown lead in Super Bowl LI. Nevertheless, don’t be surprised if they take the NFC South title in 2019.

QB Newton underwent shoulder surgery this offseason, but is able to throw during training camp. The team is cautious but hopeful. The quarterback’s health will likely be the key factor in the team’s success this season. RB Christian McCaffrey was able to put up over 1,000 yards rushing and 867 receiving in 2018 and hopes to continue his offensive production in 2019.

Carolina is dedicated to increasing their defensive line’s production by signing veteran DE Bruce Irvin and drafting DE Brian Burns. Then, following his cut from the Buccaneers, the Panthers were able to sign DT Gerald McCoy. With this line, backed by All-Pro Luke Kuechly, the pass-rushing of Carolina could be the best in the division.

If the team can remain healthy in 2019, Carolina could reclaim its first divisional title since their three-peat from 2013-2015.

Bruce Arians hopes to turn the team around in his first season as head coach after the Buccaneers were only able to get five wins last season under coach Dirk Koetter.

With one of the worst defenses in the NFL in 2018, Tampa Bay has an uphill battle in 2019.  The defensive scheme for 2019 is set to be a versatile 3-4 and 4-3 mix. But without Gerald McCoy and Jason Pierre-Paul’s placement on the active/non-football injury list, the team will need to fill gaps quickly.

Former number one overall pick QB Jameis Winston was benched in 2018, creating questions about his long-term productivity. But Arians has an easy solution for their quarterback problem: “Put a better team around him.”

Tampa Bay is also lacking in the run game, meaning they could just air it out with their receiving core. Despite trading WR DeSean Jackson, the Bucs still have 1,500-yard receiver Mike Evans and up-and-coming WR Chris Godwin. If 2018 is any preview for this season, Tampa Bay’s outlook in 2019 is not favorable.