Lakers & Heat One Win Away From Improbable 2020 NBA Finals 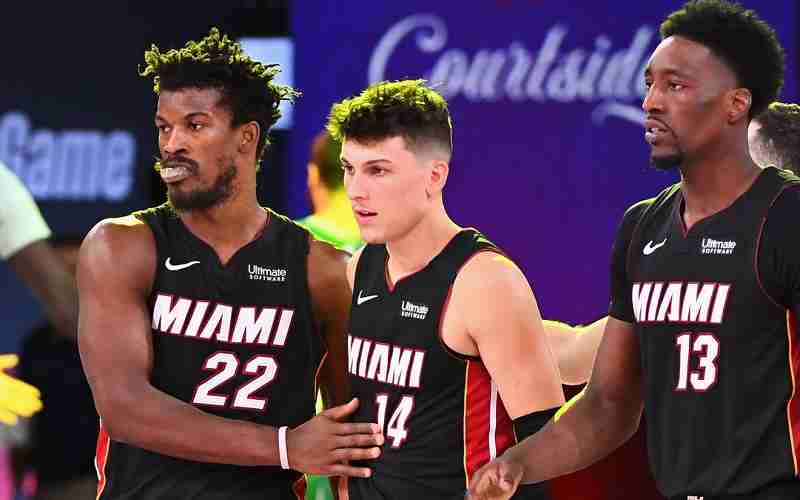 When the NBA bubble enclosed itself inside of Disney’s Wide World of Sports Complex in Orlando, Florida last July, oddsmakers predicted the Los Angeles Lakers and the LA Clippers to battle for the opportunity to represent the Western Conference in the 2020 NBA Finals.

At the time that those NBA Championship betting odds were revealed, the Miami Heat were ranked seventh with a money line of +2000 placed next to their chances of winning the NBA Finals.

The darling pick out of the East was the Milwaukee Bucks led by phenom forward, Giannis Antetokounmpo. Their chances of reaching the NBA Finals were dashed when Antetokounmpo hurt his ankle and was unable to complete the series against the Heat.

Now, Miami has flipped the NBA Playoff odds in their favor, outlasting the Bucks, and are now on the cusp on ousting the Celtics, in short order.

As much as the Heat would like to put those pesky Celtics away and eject them from the NBA bubble, the NBA odds for tonight’s game favor Boston to win by three points.

If Miami can’t wrap up the series tonight against the Celtics, Game 6 will occur this Sunday.

On the other half of the bracket, the Los Angeles Lakers appeared to be in for a battle after the Denver Nuggets took game three, but a decisive 114-108 game four victory has LeBron James and his teammates on the verge of the NBA Finals.

This is the first conference finals for the Lakers since 2010, and offers them their first chance at an NBA title in a decade. In only his second year with the team, King James has elevated the Lakers back into championship relevance and is now positioned to win his fourth NBA title.

Of the four remaining teams, the Lakers are featured as the favorite to win it all in this betting line that predicts which of the four will win the title in 2020.

Once the Eastern Conference Finals are over, the Heat’s chances of winning will increase, creating for a smaller payout if they are bet upon. Get in on the legal sports betting action early and take home the largest cash total possible. That way you can tell your friends that you made the call early and they can admire your superior prognostication skills.