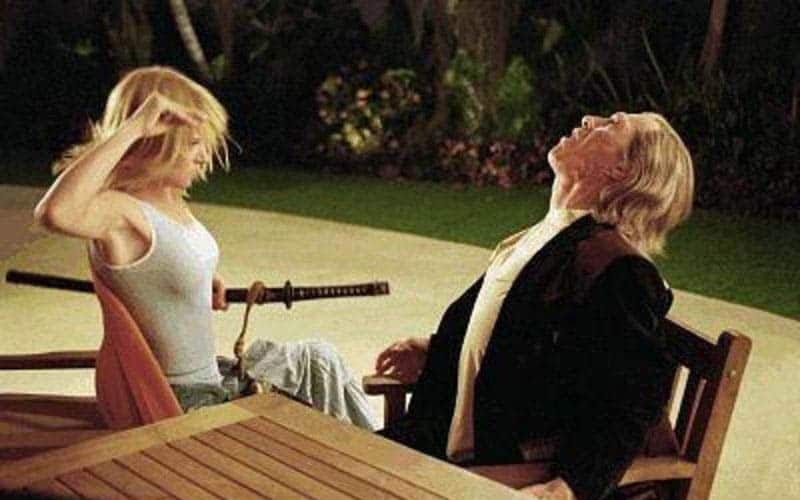 If the “Five Point Palm Exploding Heart Technique” could be used to kill a bill, then look no further than the veto of Maine sports betting by Governor Janet Mills.

Despite having three options to choose from—signing or not signing were the two that would make it law—Mills decided to veto the bill that would have legalized sports betting and allowed in-person, online, and mobile sportsbooks to operate in the state.

As for why she decided against the legalization of sports betting for her state, Mills’ veto letter makes a number of outrageous claims.

A majority of Mainers not wanting sportsbooks in the state, fearing children will gamble if exposed to advertising, flip-flopping on whether it would bring in more tax revenue and declaring that legalization would justify wagering on the weather and spelling bees are some of Mills’ most ludicrous reasons for why she vetoed the bill.

The full letter is in the link above, but here are the most critical parts of her veto letter:

I respect the long hours and hard work that the Committee on Veterans and Legal Affairs put into this bill following its submission as a concept draft and the number of work sessions in which the Committee tried to combine the best of several bills on this difficult subject matter. And I believe this bill is a good effort by those who wish to bring out into the open a black market activity that is practiced by many now and who want to regulate that activity without over-regulating or overtaxing it so as to drive it back underground. The bill is a step forward towards achieving that delicate balance.

But, respectfully, I remain unconvinced at this time that the majority of Maine people are ready to legalize, support, endorse and promote betting on competitive athletic events.

Before Maine joins the frenzy of states hungry to attract this market, I believe we need to examine the issue more clearly; better understand the evolving experiences of other states; and thoughtfully determine the best approach for Maine. That approach needs to balance the desire to suppress gambling activities now being conducted illegally and the need to protect youthful gamblers and those least able to absorb losses under a closely regulated scheme.

We are also told that the state can access new revenues by legalizing sports betting. But for the more than dozen states that have enacted legislation regarding this form of gambling, revenues have fallen far short of projections for a variety of reasons, and the economic impact of mobile sports gambling on preexisting facilities, given the potential saturation in the market, is uncertain.

In addition, while legalized sports gambling may attract some revenue to the state coffers, the same economic premise in theory would justify legalizing all forms of gambling: betting on the weather, spelling bees and school board elections, for instance.

It’s worth noting that the three-day deadline at the start of the 2020 session was triggered when Mills put sports betting on ice. She chose to use the “pocket veto”—a clause that prevented the bill from being kill or becoming law until the next session because lawmakers had adjourned for the year.

If Mills was strongly opposed to the possibility of children betting allowance money on their spelling bee competitions because the state’s sports betting law was passed, then why didn’t she veto the legislation in the summer when it was brought to her desk?

Waiting nearly seven months after lawmakers approved the bill to veto the legislation means the entire process legalizing sports betting in Maine turned out to be a massive waste of time and taxpayer money.

The Maine Legislature could override the governor’s veto of the bipartisan-supported sports betting legislation—LD 553—receives two-thirds majority approval on a vote from both chambers.

A vote to override the governor’s veto of Maine’s sports betting legislation is scheduled for Thursday, January 16, but the odds of the bill becoming law is not favorable.

But after speaking with his fellow lawmakers earlier in the week, Democratic state Sen. Bill Diamond said he doesn’t think the override vote will reach the threshold for the bill to become law without the governor’s signature.

“I would expect that the veto will be sustained,” Diamond told NECN/NBC10 Boston and added that it might be a while before the legislation can find a middle ground with the governor.

“We’d have to find out first if there is there a path for both sides to get there,” Diamond said. “If there is, then maybe it’d be worth putting the time in, and if it isn’t, it’ll probably have to wait until next year.”

Mills, a Democrat, becomes the second governor to veto a bill to legalize sports betting since the US Supreme Court decision to repeal PASPA in May 2018.

Rick Snyder, the former Republican governor of Michigan, vetoed an iGaming package that included sports before leaving office at the end of 2018. Democrat Gretchen Whitmer, Michigan’s new governor, signed a similar bill package near the end of 2019.

Despite the now-bleak outlook of allowing licensed and regulated sportsbooks into the state, Diamond said he’s optimistic that lawmakers will legalize sports betting in the near future once a compromise is reached.

“Maine is a gambling state for sure. We just want to do it right.”