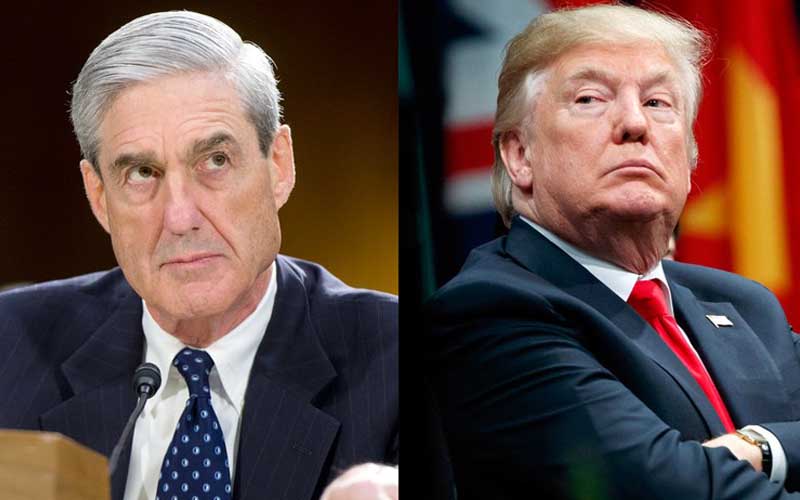 It may finally be “Mueller Time,” but the odds say even he can’t “Stump the Trump” during tomorrow’s testimony.

Former Special Counsel Robert Mueller is scheduled to testify before Congress at 8:30 am ET on Wednesday, July 24, on the findings from his 448-page report regarding the investigation of Russian interference during the 2016 election and whether President Donald Trump committed obstruction of justice or conspired with Russia.

Bovada Sportsbook released prop bets for tomorrow’s hearings, and their oddsmakers predict there is pretty much no chance Mueller confirms that the Trump campaign colluded with Russia during the 2016 election.

Will Mueller confirm “collusion” between the Trump campaign and Russia?

On the question of whether Trump committed obstruction, oddsmakers aren’t quite as confident but nevertheless believe Mueller won’t confirm that either with “No” receiving odds of -350 (73.66%) and “Yes” given +225 odds (26.34%).

Will Mueller confirm that Trump committed “obstruction of justice”?

And because the oddsmakers believe that Mueller won’t confirm collusion or obstruction against Trump, they also predict House Democrats won’t have grounds to begin impeachment proceedings.

Will the House begin impeachment proceedings by December 31, 2019?

And lastly, no list of political prop bets since 2017 would be complete without the newly established tradition of listing the over/under for the number of times Trump will tweet during a major event.

Oddsmakers are giving Trump the entire day to tweet about the congressional hearing, but retweets without comments by the President won’t be counted. The total is set at 12.5 tweets, with the under listed as a narrow favorite at -130 (52.08%) while the over received -110 odds (47.92%).

How many times will @RealDonaldTrump tweet on Wednesday, July 24th, 2019?

Tweet count starts Wednesday, July 24th from 12:00 am ET until 11:59 pm ET. Retweets without comment will be excluded from the final count.

The following is the schedule for the two hearings:

8:30 am ET ‒ 11:30 am ET: The House Judiciary Committee will question Mueller on his investigation into obstruction of justice. Judiciary chairman and Democratic Rep. Jerry Nadler will lead the discussion for the first hearing.

30-minute recess: All parties will be given a half-hour break before the second hearing begins.

Noon ET ‒ 2:00 pm ET: The House Intelligence Committee will question Mueller on Russian interference in the 2016 election. Intelligence chairman and Democratic Rep. Adam Schiff will lead the discussion for the second hearing.