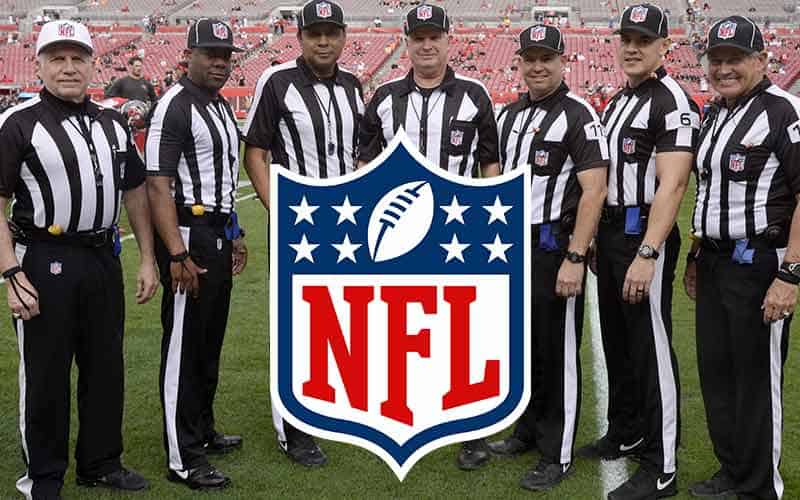 The simple notion of removing taunting from professional sports is inoffensive in that elevated gamesmanship and comradery are always desirable, regardless of the level of play.

When it comes to football, violence is a required and necessary element of the game. This rage must be checked, however, and cannot be carried over into real life, although too often, it does.

That said, players need to be able to turn off that intensity and maintain complete control of their emotions, but the NFL’s new taunting policy has even the top ballers in the game today crying foul.

Before we get too far into the new taunting penalty and its impact on betting on the NFL, let’s examine what the rule entails.

What Is The New NFL Taunting Rule?

When an NFL referee notices an occurrence of taunting, he is obligated to throw a flag and declare an unsportsmanlike conduct penalty against the guilty team, resulting in a loss of 15 yards.

A second unsportsmanlike penalty results in the ejection of the said player from the remainder of the game and causing yet another loss of 15 yards for his team.

These unsportsmanlike conduct penalties and ejection policies have been in place for many seasons, but in 2021-22, the standards for taunting have been reduced to just about any demonstrative behavior emoted within proximity of a competing player.

Week 2 featured numerous questionable calls, and if the trends present in the video below continue, it won’t be long until one of these yellow flags will significantly alter the odds for betting on the Super Bowl.

Here are some of the taunting penalties called on Sunday. This stuff is a disaster. It has to stop. pic.twitter.com/DFC1VtZHe6

What The NFL Should Do

First, the league should apply a special designation to taunting where there are five-yard and fifteen-yard varieties. Sure, two 15-bangers and an ejection of a player is warranted. However, a couple of incidental spins of the football should not result in their expulsion from the contest.

Could the NFL consider quarter-length suspensions similar to how the NHL handles their penalties? We agree that there is no place in the game for actions that aren’t directly related to moving the football down the field, but there is a major difference between uttering some friendly trash talk and actually committing an act of unnecessary roughness.

The League could also consider simply scaling back on their policies for taunting, allowing for some light celebration to occur near opposing players. When league celebrities like Tom Brady are speaking out about the issue, it now becomes a publicity problem for the NFL.

Furthermore, there are now claims that the taunting policy is racist and that it is designed by white NFL team owners to keep minority players in line. This is not a good look for the NFL following recent racial unrest in the United States, and addressing these concerns sooner than later is in the best interest of the league.

How Will Taunting Penalties Impact The NFL Odds?

The removal of a key offensive or defensive player will immediately influence the outcome of any NFL game, and can literally make the difference between a win or a loss depending on how early on in the contest it occurs.

This can cause NFL moneyline bets for winners or pro football point spreads to go bust, all because someone performed “the worm” while a butthurt player was nearby.

One ripple can cause a wave, and one loss can lead to a new postseason destiny for a large chunk of the NFL. It would be a shame if a stringent taunting policy were the culprit.