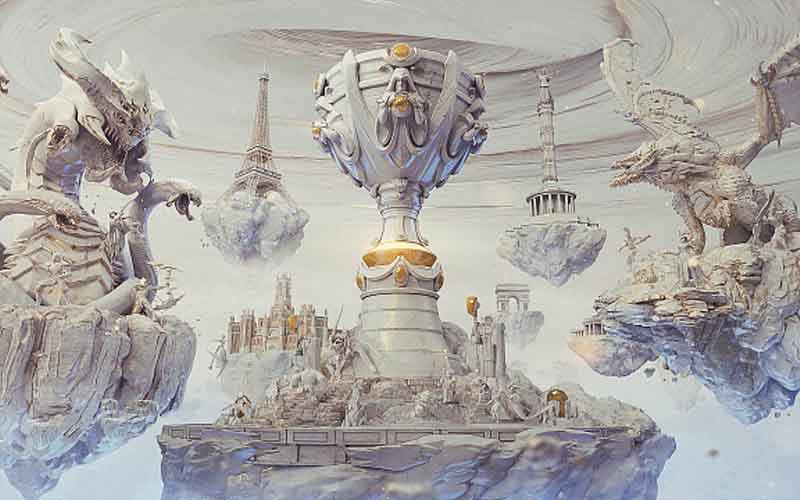 Who will lift the Summoner’s Cup?

While G2 Esports may be the West’s best hope, and Faker—the greatest League of Legends player of all time—wants to restore SK Telecom T1 and all of South Korea to its former glory, the esports oddsmakers have opened China’s FunPlus Phoenix as the odds-on favorite to win 2019 League of Legends World Championship.

Interestingly enough, the Chinese team with the best odds to win in 2019 didn’t even qualify for Worlds last year.

At +350 odds of winning, FunPlus Phoenix is the favorite after revamping their roster earlier this year by adding Tian and Doinb, allowing them to cruise past three-time LPL champion Royal Never Give Up 3–1 in the summer finals.

Europe’s G2 comes in second at +400 odds after winning the LEC Spring and Summer Playoffs and putting on an impressive performance at the international level when they were crowned 2019 Mid-Season Invitational champions back in May.

SKT Telecom T1—the ‎2013‎, ‎2015‎, and 2016 world champions—rounds out the top three at +450 odds. After winning the LCK Spring and Summer playoffs, Faker hopes to redeem himself after his team finished runner-up at LoL Worlds 2017 and failed to qualify for the tournament last year.

Last year’s winners, China’s Invictus Gaming—who became the first non-South Korean team to win Worlds since 2012—have +550 odds of winning again in 2019. The runner-ups, Europe’s Fnatic, have +1600 odds of taking the title this year after the finals defeat in 2018.

Which region will win?

Bovada Sportsbook is also accepting action on which region the tournament’s winner will hail from.

And the odds do not give North America much of a chance.

Since FunPlus Phoenix is from China, the LPL league is the favorite at +140. The LPL has also produced other possible winners, including Invictus Gaming (+550) and Royal Never Give Up (+600).

South Korea’s LCK won the Worlds Tournament five consecutive years before Invictus’s victory in 2018. As such, the LCK has +185 of reclaiming the title for their region with the help of SK Telecom T1 (+450) and Griffin (+750).

Beginning tomorrow and running until November 10, you can tune into the Riot Games Twitch channel to watch the 9th annual League of Legends World Championship tournament taking place in Berlin, Madrid, and Paris.

League of Legends was released in October 2009 and has since become one of the most popular esports in the world. To give you an idea of just how big the game is, the 2018 Grand Final was watched by over 200 million people on YouTube, Twitch, and other various streaming platforms around the globe.

The Worlds tournament features 24 teams from 13 regions across the world that qualified through regional circuits in China, Europe, North America, and more.

Twelve of the qualifying teams must then reach the group stage through a single play-in round between October 2 and October 5.

In the second round, eight teams are randomly drawn to compete in a single-elimination match with the winner advancing to the group stage.

The group stage is then hosted in the Verti Music Hall in Berlin, Germany between October 12 and October 20. Sixteen teams are split into four groups in double round-robin best-of-one matches with the top two teams in each group advancing.

Next, the knockout stage puts the final eight teams into a single-elimination bracket with the first match taking place on October 26.

The Grand Finals are then held in the AccorHotels Arena in Paris, France on November 10.

Below you can find a list of all teams that have won the League of Legends World Championship and what region they hailed from when lifting the Summoner’s Cup.

And if this is your first time betting on esports or just want to learn more about what “odds” and “betting lines” are, then head on over to our Esports Betting Guide where we give a complete rundown on how to bet on LoL and other games, including Fortnite, CS:GO, Dota 2, Overwatch, and more!