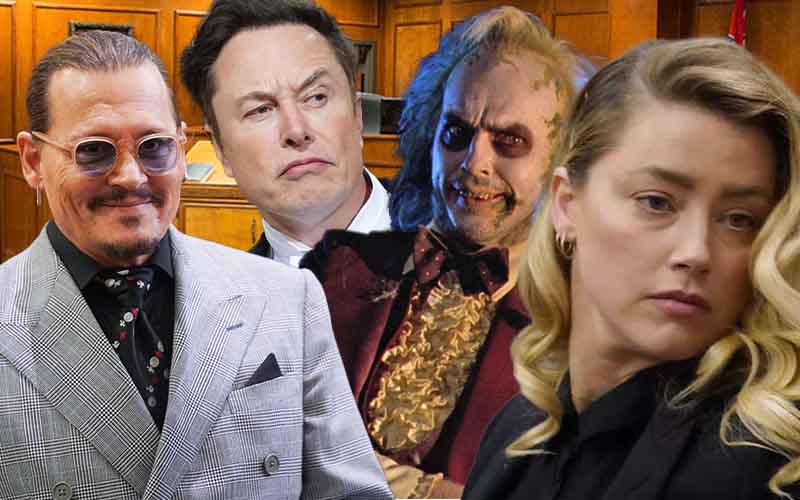 Johnny Depp secured a crucial victory yesterday when the verdict was read in his defamation suit against ex-wife Amber Heard, paying out a series of entertainment prop bets that had been made available prior to the trial’s conclusion.

Attorneys for both sides are already gearing up for Heard’s potential appeal, and celebrity divorce betting sites are all in with a new series of props asking what will happen next in the saga of Johnny and Amber. There’s a lot to take in here, so let’s digest these one at a time.

Will Amber Heard Be Completely Edited Out Of Aquaman 2?

Now that Amber Heard has taken on an unsympathetic stance in the public eye, she will certainly lose some high-profile acting roles that she may have otherwise earned. What about roles she has already performed?

The above prop at legal online entertainment sportsbooks suggests that there is some potential for her to be edited out of the sequel to Aquaman 2, but the odds favor her being retained in the final cut.

If indeed Amber Heard does have a difficult time securing acting work following the trial’s verdict, there are plenty of outlets for her to make some serious coin and repay her debt to Johnny Depp. Take Only Fans as an example.

Imagine the profits that Amber Heard would generate with an Only Fans account at this very moment. It could easily eclipse her film career earnings within months but the above prop bet suggests the prospect is a misogynistic fantasy. There’s always 2023.

Will Johnny Depp Do Another Pirates Of The Caribbean Movie By 12/31/23?

During the Depp vs. Heard trial, Disney announced that Johnny would no longer be playing the role of Jack Sparrow in the film series Pirates of the Caribbean.

These Depp odds imply that any return to the role of Jack Sparrow will not occur before the end of 2023, but entertainment bettors have the potential to  double their money by betting on an outcome of “yes.”

Will Johnny Depp Be Cast In Beetlejuice 2?

Tim Burton directed 1987’s Beetlejuice, but that was prior to him developing a muse-like relationship with Johnny Depp beginning with 1990’s Edward Scissorhands.

According to IMDB, a sequel to Beetlejuice is scheduled for a 2025 release with Michael Keaton returning in the titular role alongside Winona Rider and Johnny Depp.

Perhaps fallout from the trial could derail Burton’s casting plans for Depp, but the betting odds project his near-certain inclusion in Beetlejuice 2.

Will There Be A Documentary About The Depp vs Heard Defamation Trial?

Entertainment gamblers should consider taking advantage of the above Heard vs. Depp odds as it seems that the creation of a documentary regarding the defamation trial is a no-brainer – the couple is too popular for producers to not cash in.

Typically we see specific decision-related details attached to props like the above, but as of this writing, all that is required is the creation of a documentary that could debut on television, in the theaters, or on a streaming app.

Who Will Amber Heard Get Engaged To Next?

Speculation is now high at online sports betting sites about who the next suitor to pop the question to Amber Heard will be. Several females lead the Heard betting odds for her next romantic partner, but there are also a few male Hollywood stars for good measure.

Also included are options for betting on Elon Musk and Johnny Depp, with both of them delivering staggering cash profits should brave gamblers lay some action on them now and they put a ring on Amber Heard’s finger.