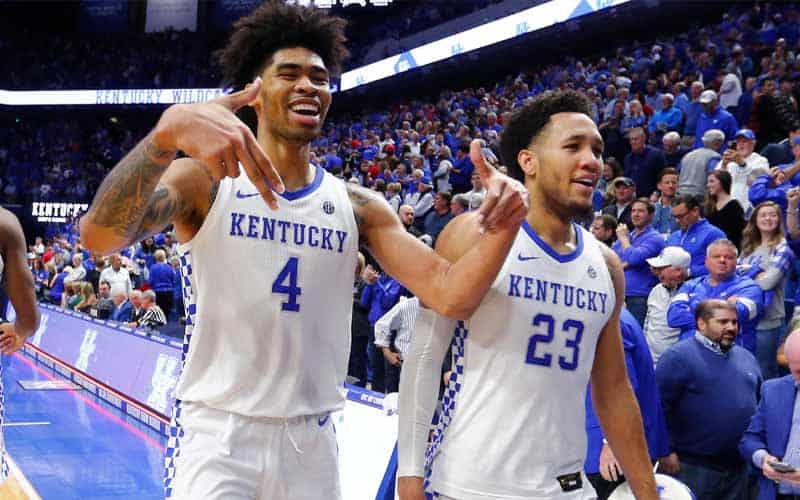 While gambling on horse races at the world-famous Churchhill Downs dates back to the 19th century, wagering real money on human beings playing games with balls and sticks has always been seen as taboo in the Bluegrass State.

A bill to legalize sports betting in Kentucky advanced out of the state House of Representatives Licensing and Occupations Committee by a unanimous 18-0 vote on Wednesday.

House Bill 137 is nearly identical to the one that failed to go anywhere during the 2019 legislative session, but there’s one significant difference in this year’s proposal.

Before advancing to the House floor, the bill was amended to include wagering on college sports teams of in-state public universities, which includes the Kentucky Wildcats and Louisville Cardinals—two of the premier college basketball programs in the country.

Including language to allow college basketball betting on in-state teams appears to have breathed new life into the proposal.

Republican Rep. Adam Koenig, the primary bill sponsor, said the failure to include wagering on college teams from Kentucky was the most frequent complaint levied against past sports betting proposals since it wouldn’t have curbed illegal activity in the state.

“If you’ve got five wagers you want to make over the weekend and one of them is on an instate college team, and you’ve got to do four legally and one illegally, you might just make all five illegally,” Koenig said.

According to the Lexington Herald-Leader, legalizing sports betting has become a priority for Kentucky General Assembly during the 2020 session.

With a growing need to generate additional tax money—without raising taxes on individuals—to fund the state budget, an increasing number of KY lawmakers on both sides of the political aisle are looking to make sports betting legal.

“This bill is not going to solve our challenges, we know that,” said Democrat Rep. Al Gentry, a co-sponsor of the bill. “But it is a good first step. Sports betting is already here, fellas and gals. We just want to regulate it and obtain the revenues that are currently leaving the state.”

Generating revenue by legalizing sportsbooks, casinos, and other commonly regulated forms of gambling is one of Beshear’s primary goals for keeping his promise to the state’s 42,000 teachers. On Tuesday, he called on GOP lawmakers, who control both chambers, to work with him during his State of the Commonwealth address.

“A commitment to the future also requires that we create the new revenue to meet the growing needs of our state. And right now, we are watching more than $500 million in gaming revenue go across the border to states like Indiana, Ohio, and Illinois. It is time to stop that flow,” Beshear said.

Under the current bill, the Kentucky Horse Racing Commission is named as regulators, and the state’s horse tracks and motor speedway are given the exclusive right to accept wagers on sports, which includes single-game and prop bets as well as in-game betting.

Online and mobile sports betting is allowed, but people will need to register in-person when making an account. The in-person registration requirement would end on January 1, 2022.

Race tracks are required to pay an initial $500,000 licensing fee to operate a sportsbook and then $50,000 for the annual renewal. A 10.25% tax is imposed on gross revenue from brick-and-mortar establishments, while revenue from online and mobile apps is subject to a 14.25% tax rate.

An estimated $22.5 million in tax revenue is projected annually, which includes both sportsbooks and fantasy sports.

Whether Kentucky legalizes sports betting remains to be seen, but the odds of placing bets in the Bluegrass State look good as the 2020 legislative session gets underway.