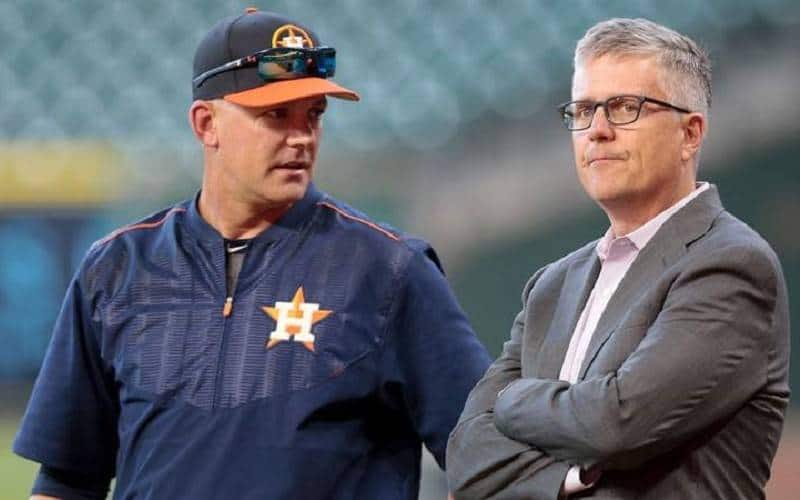 Another day, another cheating scandal in professional sports.

Amazingly, this one doesn’t involve the New England Patriots. (Another one does, but that’s a different article.)

No, this scandal is focused on the 2017 Houston Astros and the 2018 Boston Red Sox, both of whom have been accused of sign stealing.

After the Los Angeles Dodgers lost to the Astros in the 2017 World Series and then fell to the Red Sox in the 2018 World Series, the narrative is now that those teams’ titles were earned less than fairly, at LA’s expense.

Naturally, the Dodgers, in line with their moniker, are using the news to engage in a bit of deflection of their own.

Cody Bellinger, Los Angeles’ star outfielder and reigning NL MVP, played the part of the victim in a report by ESPN. (He should probably be complaining about this bit of highway robbery instead, but alas, the guy’s a team player through and through.)

“Honestly, we’re curious to see what happens. It sucks, man. We were close, but we did it the right way.”

After the MLB on Monday handed down a pair of year-long bans for Astros GM Jeff Luhnow and manager AJ Hinch, the team promptly fired those sacrificial lambs. It is currently unclear if the same fate awaits Red Sox manager Alex Cora or the team’s then-President of Baseball Operations (and de facto GM) Dave Dombrowski.

Whether or not sign stealing is common practice in Major League Baseball (it is and always has been, wink, wink, earlobe pull, cough, spit, cup grab, clap, clap, clap), this new “scandal” raises an interesting question for sports gamblers.

Primarily, bettors want to know what happens to their wagers in the event that a team they bet on (or against) is caught cheating.

That’s a valid question, and sportsbooks have been known to refund wagers on lines that showed some aberrant action or were influenced by egregious officiating or other factors deemed “unfair” to the on-field or on-court process.

The most prominent recent example, of course, occurred during the 2018-2019 NFC Championship, when an austere and revered NFL officiating crew failed to penalize the most obvious pass interference in history, giving the win to the Los Angeles Rams and bouncing the New Orleans Saints from the playoffs.

As a result, prominent New Jersey sportsbook PointsBet refunded all the spread and moneyline wagers on the Saints for that game (while also paying out the winners on the other side).

That said, while this can and does happen semi-regularly in the world of sports betting, it’s definitely not a rule, and most books only use such opportunities to gin up interest in their platforms.

(FanDuel practically made an art out of the bet refund during its first few months in NJ, using it as effective advertising in a crowded field. FanDuel now owns more than 50 percent of the New Jersey sports betting market.)

Unfortunately for MLB betting enthusiasts, there isn’t going to be much recourse here. Not only were the games/series in question contested years ago, but there is no definitive evidence that the alleged cheating actually impacted a specific game or played in any way.

Common sense may dictate that sign-stealing obviously favors one club over another, but sportsbooks don’t work on common sense, they work on dollars and cents.

Generally speaking, you should never place a bet with any bookmaker – whether at a land-based sportsbook or offshore betting site – and have any expectation of refunds for untoward or unethical conduct of the teams or players in question.

Incidentally, the MLB has yet to issue a fine to itself for the ongoing juiced baseball scandal (for which there is actual empirical evidence).

At the end of the day, it’s all about integrity.