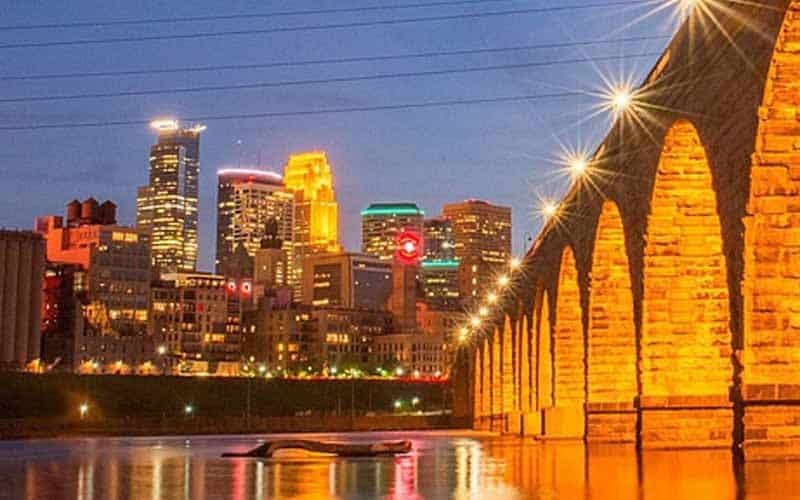 Minnesota Senate sponsors Roger Chamberlain, Karla Bigham, Karin Housley, Jeremy Miller, and Dave Senjem introduced SF 1894 on February 28th to the state’s 91st legislature. This bill hopes to establish a Sports Wagering Commission in the state which will license, regulate, and tax all Minnesota sports wagering activities. All sports operating licenses will be valid for one year and must be renewed annually.

SF 1894 details the allowance of in-person, mobile, online, and electronic sports pools meaning MN players could use their computers, mobile devices, tablets, and other electronic devices to wager on sports legally should SF 1894 pass. Permitted operators under this bill include federally recognized tribal-owned casino venues, licensed racetracks, and electronic sports platforms licensed by the state’s Sports Wagering Commission and operated by a tribal-casino venue or racetrack.

Under this bill, the state intends to tax net revenue for sports wagering at 6.75% in lieu of other taxes. The minimum age to bet on sports under Minnesota’s SF 1894 will be eighteen years old.

The Senate bill is currently in committee. The bill was referred to the Commerce Committee on the date of its introduction and amended then referred to the State Government Finance and Policy and Elections Committee as of March 11th. There has been no movement on this bill since, but this does not necessarily mean the bill has failed.

Minnesota’s second sports gambling bill in consideration is HF 1278 introduced by Representatives Pat Garofalo, Rod Hamilton, John Huot, Joe McDonald, Nolan West, and Nick Zerwas. This bill intends to create the Minnesota Sports Wagering Commission to license, tax, and regulate electronic, and mobile sports wagering activities, as well as, establish guidelines for domestic sports betting. HF 1278 was introduced on February 18th and referred to the Commerce Committee on the day of its introduction.

Under this bill, each wager could be excise taxed, in lieu of corporate tax, at 0.5%. In addition, HF 1278 would allow players at least 18 years of age to participate in MN-licensed sports wagering. Tribal casinos would be the sole operators for legal MN-based sports betting; this means any mobile or electronic bets would be received by a casino operating under a federally recognized tribe with an active state gaming compact.

The last action taken on HF 1278 was to strike Representative author Ecklund from the bill as of February 25th, 2019. HF 1278 would be more favorable to tribal-owned gambling venues in the North Star state; however, the bill has not shown any positive or negative movement since it was sent to the committee late February.