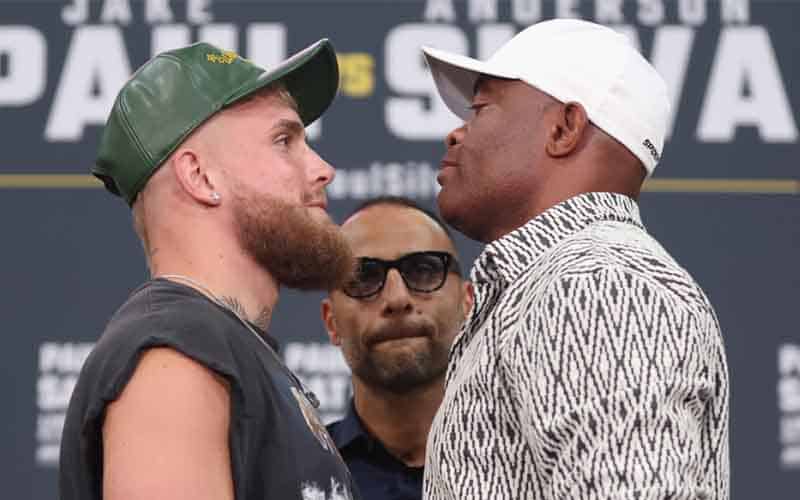 Celebrity boxing betting sites have weighed in on the bout, and in all cases, Jake Paul is favored to beat Anderson Silva. The odds posted at online sportsbooks differ enough to allow gamblers to shop around for the highest payout and are listed below for comparison.

The best option for betting on Jake Paul to win at the moment is at Bovada. Their -179 moneyline on Paul to win is currently the lowest on the boards and will net cash wins of $1 for each $1.79 wagered.

Since Silva is the underdog, his odds of winning are listed in the positive and will reward gamblers with more money than they risked if he turns out to be the victor on Saturday night.

The most profitable odds for Silva to win are posted at BetOnline (+155), delivering $1.55 in profits for every dollar bet on Anderson. Of course, the only way to shop the odds for the best sportsbook payouts is to become a member of more than one betting site – something we recommend for expert and amateur gamblers of all ages.

Sure, Paul has amassed a 5-0 record thus far in the realm of exhibition boxing, but oddsmakers cannot be serious in projecting him for a win against a seasoned MMA opponent, can they?

Despite the seemingly overwhelming advantages possessed by Silva, the tale of the tape reveals some concerns for Anderson’s corner,

The first glaring issue for Silva is his 22-year age difference. He is nearly twice the age of Jake Paul, and that will definitely impact Silva’s overall conditioning and stamina in the ring.

Also, Silva is a legitimate striker, but boxing is not his combat sport of choice. He’s a grappler by nature, and we’ve already seen experienced MMA vets fall to Jake Paul in a boxing ring.

Paul started off by beating a YouTuber and a basketball star, but his last three wins have come against Bellator and UFC combatants. Again, boxing is an entirely different discipline than grappling, wrestling, and other forms of martial arts, so keep that in mind before laying any action on any Paul vs. Silva odds.

Whether you love him or hate him, Jake Paul deserves some credit for his in-ring accomplishments. Boxing betting sites are suggesting that he is almost a 2-to-1 favorite to win his fight this weekend, so readers should take note and don’t take his status too lightly when placing wagers.

There are also boxing prop bets for Paul and Silva posted at most online sportsbooks, with options for round betting and lines asking if the fight goes the distance.

Paul vs. Silva Method of Victory

Will The Fight Go The Scheduled Distance?

Currently, the above boxing odds imply that the most likely outcome is a Jake Paul win by decision after the completion of 8 rounds. Regardless of how you feel that the fight will end, if you intend to lay some action on Silva vs. Paul, the clock is running, so make haste.