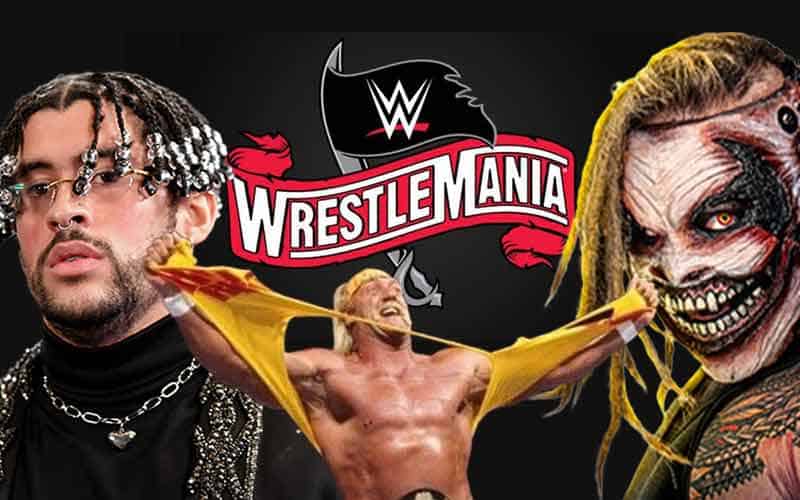 World Wrestling Entertainment will host their biggest pay-per-view event of the year, WrestleMania 37, over the weekend of April 10th and 11th, and online pro wrestling betting sites have already posted odds for the matches that have been announced thus far.

WrestleMania 36 was scheduled to occur in Tampa last year, but COVID-19 caused the pay-per-view event to be broadcast from the WWE’s training center in Orlando, Florida without fans present.

The WWE has also announced that the “Immortal” Hulk Hogan and Titus O’Neal will be hosting the 2-night event, although the role of WrestleMania host lacks real definition as often that can merely mean a couple of brief appearances over the course of a several-hour broadcast.

What is not clear about the announcement of Hogan and O’Neal as WrestleMania 37 hosts is whether they’ll be appearing together, or if they’ll divide and conquer by splitting the duties with one helming the mic each night.

This is significant because Titus O’Neal was verbally critical of Hulk Hogan in 2015 following his termination by the WWE over racially insensitive remarks that he uttered in a leaked video.

WWE CEO Vince McMahon is aware of the potential emotional stir that this pairing could cause, and has likely left the details of the announcement vague so as to draw additional intrigue.

Also sure to spark outrage is the WWE’s intent on allowing 45,000 fans into Raymond James Stadium for each evening’s festivities. Florida Governor Ron DeSantis has been in league with the WWE since the onset of COVID-19, and declared wrestling as an essential business, which allowed the promotion to continue to produce their television tapings in Orlando.

On the weekend of April 10th and 11th, Governor DeSantis, Vince McMahon, and the WWE are putting everything on the line in an attempt to usher back a sense of normalcy by inviting so many patrons to such a large outdoor gathering.

Of course, most people will watch this pay-per-view event online, but don’t go looking for it on the WWE Network, the promotion’s pay streaming service.

WrestleMania 37 will be the very first PPV event to broadcast following the WWE Network’s merger with Peacock, NBC’s streaming platform. On April 1, the WWE Network will become exclusively available via Peacock for $4.99 per month, which is a 50% reduction of it’s previous price.

Bad Bunny is a popular rapper and singer that decided to try out wrestling in his spare time. He has taken to the sport quite well, and on April 10th, he is favored by online entertainment sportsbooks to defeat The Miz.

Bad Bunny’s -850 money line odds mean that he is almost a sure thing to beat The Miz, but a hefty payout can be earned by laying some action on the underdog in this case.

If The Miz scores a win over Bad Bunny, each dollar wagered on him to do so will earn $4.50. It is by far the longest odds of any of the following WrestleMania entertainment prop bets, and it is telling that the WWE and online pro wrestling sportsbooks have thrown so much weight behind Bad Bunny considering that he could return to his music career at any time.

The WWE betting odds for each night’s matches are posted below and will take action at least until the first match on each given evening.

Bad Bunny vs The Miz

Randy Orton vs The Fiend