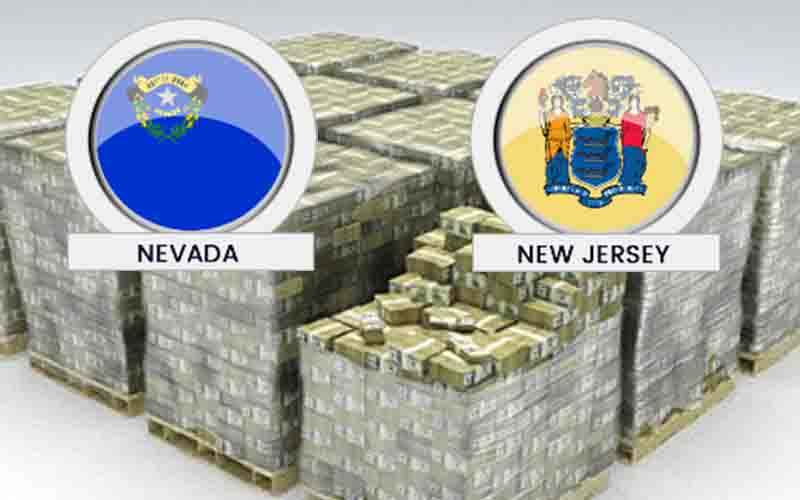 2021 may go down as the most significant year in the history of sports betting in the United States as the onset of the NFL season has jump-started astronomical levels of revenue collections in two of the nation’s top gambling hubs.

Sports betting in Nevada also cleared the billion-dollar hurdle for the first time ever, posting a collection of $1,100,501,139 for the month of October.

If you’ve turned on your television, surfed the web, or opened your mailbox over the past 12 months in the USA, then you’ve likely encountered some sort of solicitation in regard to sports betting and its legalization.

Domestic sports betting in the United States is spreading like wildfire, with heavy lobbying efforts being pushed by industry giants such as FanDuel, DraftKings, Caesars, and BetMGM.

As legal US sports betting states become more plentiful, regions that find themselves surrounded must either come on board or surrender tax revenues from residents that travel across borders to lay some action on their favorite team or athlete.

Gamblers also have the option of doing business with an offshore sportsbook that is operating over the web, another avenue that allows potential revenue collections to escape state tax coffers.

If you review the state-by-state revenue collection reports, it becomes more evident with each passing year that business is on the rise, and gamblers in all states are taking part in one form or another.

State governments that have opted to listen to the actual desires of the constituents they represent have gotten the message and legalized sports betting.

At least 19 states posted their best revenue haul of all time in October, a month that coincides with Weeks 4 through 8 of the NFL season, the Major League Baseball playoffs and World Series, NCAA College Football, and the start of College Basketball.

It can be speculated that the addition of NCAA College Basketball could have been the catalyst for October’s increase over September’s high mark, however, there are also indicators that NFL betting and its growth are largely responsible.

The final indicator of the NFL’s dominance over the overwhelming success of domestic sports betting in the United States will be when the reports are generated for February of 2022 following Super Bowl 56.

Many states reported dips in revenue collections during February of 2021, which is either an outlier or is indicative of a slow betting month following the Super Bowl’s conclusion.

February’s numbers should be at least slightly higher than in 2021 because the Super Bowl now takes place a calendar week later due to the NFL’s addition of an 18th Week to the schedule.

With the Super Bowl occurring on February 13th, all but a day of the two weeks of action will be collected within the month of February whereas at least one week was dedicated to January in the past.

Check back in with us in early January once we’ve updated the collection data for the month of November to see if the sports betting revenue numbers continue their upward trend.