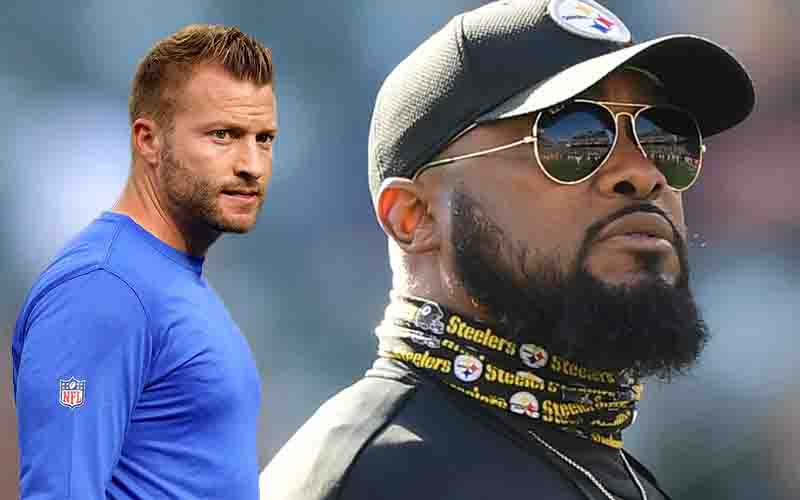 Los Angeles Rams head coach Sean McVay will have a second crack at becoming the youngest to ever win a Super Bowl when his squad lines up against the Cincinnati Bengals this evening at 6:00 PM.

Online sportsbooks across the board have produced lines for Super Bowl betting that favor the Rams to win by a margin of 3.5 to 4.5 points, suggesting that McVay at 36 years of age will surpass current Pittsburgh Steelers head coach Mike Tomlin and become the youngest to ever hoist a Lombardi Trophy.

Coach Tomlin was also 36 when his Steelers won Super Bowl XLIII in 2009, but he was just a few days shy of his 37th birthday. McVay turned 36 on the 24th of January and will lower the bar for the youngest Super Bowl-winning head coach by nearly a full calendar year.

McVay had a golden opportunity to put the record away against the New England Patriots back in SB LIII in 2019 but his innovative offense was stifled and they lost by a final score of 13-3. It remains the lowest-scoring Super Bowl of all time. Sean McVay was 33 at the time.

The best option at online Super Bowl sportsbooks for wagering on McVay to become the youngest SB winning coach ever is by betting on the Rams and their moneyline odds to win which is currently set at -195 (Super Bowl bets of $1.95 will be required to net $1 on a Rams win).

If NFL gamblers are looking for alternatives for placing a wager on Sean McVay on Super Bowl Sunday, the following lines may be of interest. The ever-expanding realm of Super Bowl prop bets has encompassed new options for wagering on the head coaches involved, and include the below lines for SB LVI.

Will Sean McVay Lose A Challenge?

Which Head Coach Will Be Shown First During Super Bowl LVI National Anthem?

Who Will Be Shown First During Super Bowl 56 Broadcast?

What Will Be Said First During SB LVI?

Will The 2022 Super Bowl Gatorade Bath Occur Before The End Of Regulation?

Some of the above Super Bowl props are scheduled to occur early on in the game, such as betting on the National Anthem performance or whether McVay or Rams QB Matthew Stafford’s fiancees will be shown on camera.

The remainder of these potential McVay prop bets will not pay out until the end of the Super Bowl (assuming the LA Rams are the victors) and can be counted as live betting odds – but don’t wait too late!

These live Super Bowl odds can be removed at any time, so we wouldn’t advise waiting any later than halftime to place your bets.

That goes for all Super Bowl wagers. Whether you plan on betting on the Cincinnati Bengals or the Los Angeles Rams, get your wagers placed before Snoop Dogg, Dr. Dre, Eminem, Kendrick Lamar, and Mary J. Blige wrap up their halftime setlist.