NFL Betting Futures And Their Implications After Week 6 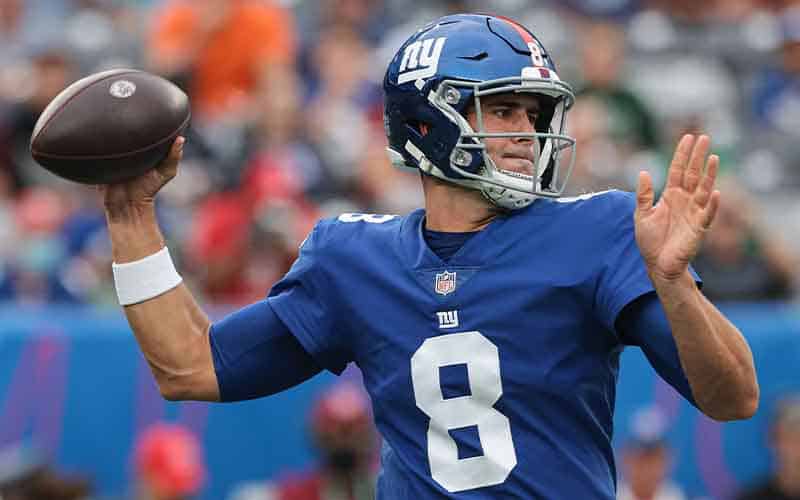 For the past two seasons at SBL, we’ve been tracking the NFL betting futures for divisions, conferences, and Super Bowl winners across the online sportsbooks that have earned a spot on our list of highest-ranked pro football betting sites.

Preseason projections are based on the prior year’s performance while also factoring in the gains (or setbacks) provided by any new players or coaches that have been added to the roster or staff.

Once NFL teams hit the field in Week 1, in-game actions begin to factor in, causing shifts in the futures odds that usually continue throughout the entire season.

The NFL Playoff picture odds are currently suggesting that the Philadelphia Eagles and Buffalo Bills will be the two teams that make it to Super Bowl LVII. 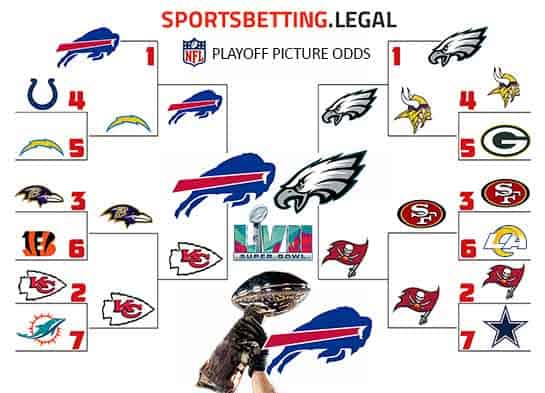 The above NFL Playoff bracket seems reasonable, populated with franchises that are poised to qualify for the postseason. When compared to the actual playoff bracket if the season ended today, gamblers can gain perspective on reality versus projections which aids in making a more informed wager. 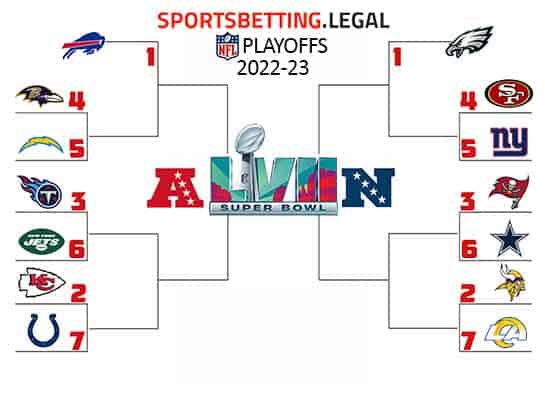 The Tennessee Titans are currently leading the AFC North Division and would qualify as the 3-seed if the season ended today. The odds for betting on the NFL Playoffs assist in creating a bracket where the Titans are not included in the postseason mix.

Right now, the Titans hold a half-game lead over the Indianapolis Colts, but projections indicate that Tennessee will not be one of the top 7 seeds in the AFC come season’s end.

The Colts were a preseason sleeper Super Bowl pick for many analysts, but they got off to a rocky start in September. The acquisition of longtime Atlanta Falcons’ QB Matt Ryan had many believing that he could be the key ingredient that had been missing in the Super Bowl recipe for the Colts.

It seems that oddsmakers are back on that bandwagon now, and if you are as well, bet on it immediately before the profit potential collapses.

Last year’s AFC Champions, the Cincinnati Bengals, have had trouble getting out of the gates this year but rallied to compile a 3-3 record after 6 weeks.

While the Bengals are missing from the reality bracket, the playoff picture is looking much better for Cincinatti, suggesting they’ll earn a Wild Card berth.

In the NFC, the New York Giants have blown away all preseason expectations with their 5-1 start. NFL oddsmakers are not impressed, however, and do not include them in the top 7 NFC teams when creating their playoff futures.

Furthermore, Week 7 NFL lines for betting on the Giants place them as a 3-point underdog to the Jacksonville Jaguars – a franchise that is also considered outside the top 14 teams.