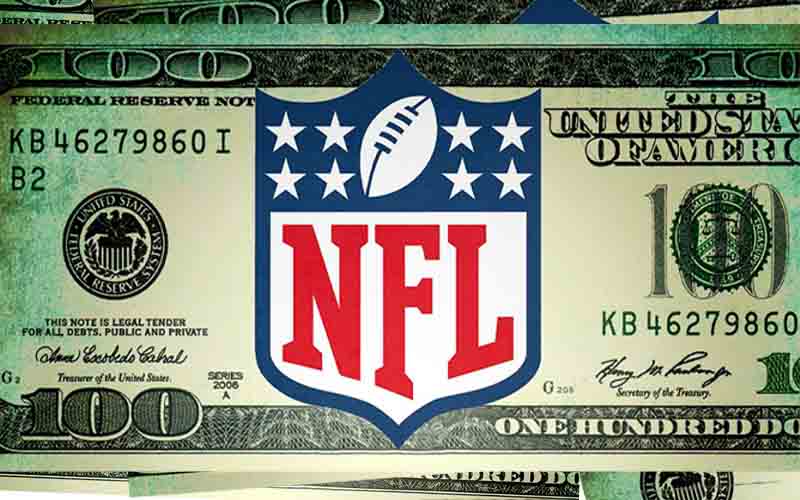 If the entire adult population in the United States is a touchdown and the PAT (7 points), then the NFL betting population is essentially the extra point.

The American Gaming Association—a group that promotes, educates and lobbies on behalf of the legalized US gambling industry—released results on Wednesday from a national survey that found over 38 million American adults plan to place a bet on the NFL during the 2019 season.

There is currently an estimated 255.4 million adults over the age of 18 in the US, according to the latest data from the World Population Review.

With over 38 million people expected to have some skin in the game, roughly 15% of the adult population will have real-money riding on NFL action at some point during the upcoming 100th season, which is set to begin tomorrow night between the Green Bay Packers and the Chicago Bears.

The Bears are currently a 3-point favorite at home against the Packers, and the total for the 2019 NFL Kickoff Game is set at over/under 46.5 points.

The commissioned study by the AGA takes into account all forms of real-money wagers placed on the NFL, including bets placed at brick-and-mortar casinos, online sportsbooks, and mobile betting apps as well as office pools, pick’em contests, daily fantasy football, and traditional fantasy football leagues.

The biggest impact can be felt among the newly legalized sports betting market in the US following the repeal of PASPA nearly 16 months ago, with 6.9 million adults planning to bet on the NFL at state-regulated sportsbooks this year compared to 5.7 million adults who placed legal wagers in 2018.

Convenience continues to play a major role in the emerging US market, with the study’s results indicating that 24% of Americans reported that they would take advantage of the opportunity to wager on the NFL if sports betting was both legalized and convenient in their state.

Part of the reason for the increase is due to more states passing laws to allow the practice with their respective jurisdictions. Only eight states allowed legal sports betting last year, but that number is expected to double before the year is over.

Currently, there are 13 states that offer licensed sportsbooks in some capacity. Here is a breakdown of which states offer legal wagers to be placed on the NFL ahead of the 2019 season as well as the states that are expected to come on board before the end of the year or in early 2020.

The AGA also found that fan engagement increases across the board when NFL bettors have money on any matchup.

Engagement statistics from the survey show:

The data appears to back up the findings from an AGA survey released in September 2018, which found that the NFL could increase the value of its product by $2.3 billion annually if legal sports betting was available in all 50 states and the District of Columbia.

Lastly, the American adults polled were asked if they had to put $25 on one team’s odds to win the Super Bowl this season, which team would they wager on?

How the survey was performed, according to the AGA:

“Morning Consult conducted this poll online between Aug. 7-12, 2019 among a national sample of 11,001 American adults. The data were weighted to approximate a target sample of adults based on age, educational attainment, gender, race, and region. Results from the full survey have a margin of error of +/- 1 percent.”