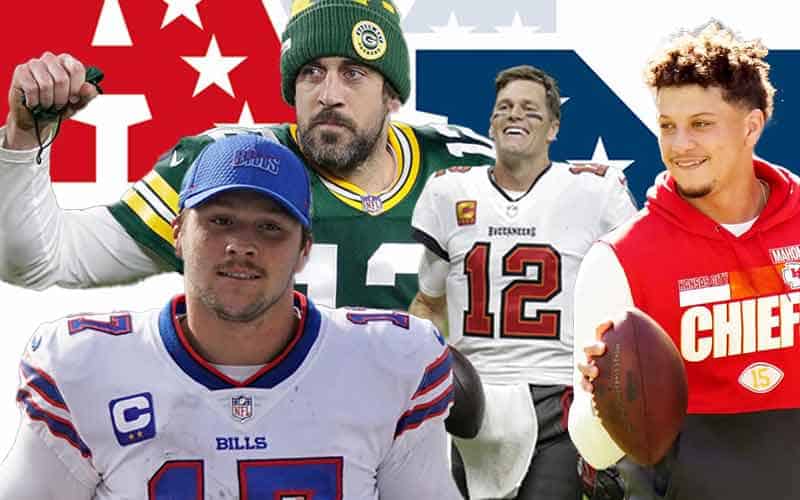 Both home teams are slight favorites in the AFC and NFC Championship Games this Sunday afternoon, with spreads within the margin of a field goal for each contest.

When football games are predicted to be close competitions, finding an edge in the betting world can prove difficult. Close margins equate to near pick ‘ems, removing much of the intrigue from betting on NFL money lines and point spreads.

In tightly predicted NFL contests with neither team too far ahead in the odds, the underdogs don’t provide the enticing profits that they usually deliver.

Sure, the over under is always a reliable betting option when it comes to NFL Playoff odds, but laying action on the combined point total of both teams is more of a proposition, and may leave some fans looking for an alternative.

That’s where the following NFL Conference Championship prop bets can come in for a last-second hail-Mary score. You don’t have to wait to bet on Super Bowl 55 to take part in all the fun NFL prop bets. The top sportsbook sites have plenty posted right now.

Online sports betting sites that offer odds on the NFC and AFC Championship Games typically include dozens of routine prop bets for each contest, but only on the most popular of matchups do they provide odds on individual player performances.

Here are a few of the most attractive NFL Playoff prop bets that are being offered for Sunday’s action.

Buffalo Bills QB Josh Allen is leading the odds to earn the most passing yards versus a suspect Kansas City Chiefs’ secondary, however, all options are listed in the positive and will at least double your profits if you can select the top quarterback.

If you score the most points out of all teams that are taking part in the final round of the NFL Playoffs, logic dictates that you can’t help but win the game. Based on the above prop bet, KC has the highest likelihood of winning their game and earning a trip to Super Bowl LV.

The two above props allow NFL bettors to pick the player they think will have the most rushing or receiving yards over the course of Sunday’s playoff games. Again, all options are listed in the positive and the potential payouts can provide some extra change to lay some action on the Super Bowl in two weeks.

One final prop bet for the Conference Championship Round of the 2020-21 NFL Playoffs provides an over under for the total of both games, which brings us back to one of our original points. Isn’t the over under just another prop bet? Perhaps we’ll write up a deep dive into that topic in the future.

For now, take advantage of these final NFL Playoff odds of the season and gear up for Super Bowl 55 on February 7.