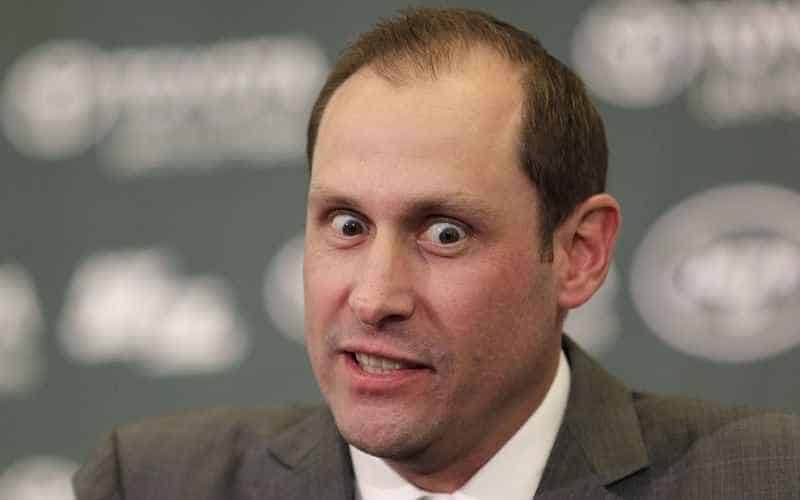 As the NFL rounds the corner into Week 11, many general managers and owners will begin to assess their coaching staff and whether or not they will be retained for the following season.

BetOnline has anticipated this development as has produced the following odds asking bettors to decide which NFL head coach will be handed their walking papers first.

Next NFL Head Coach To Get Fired

The National Football League no longer has patience for franchises to develop under a head coach and adhere to their system over the course of several seasons.

The league has a do or die, now or never attitude, and head coaches are expected to establish consistent playoff-worthy efforts each season.

For further evidence of this point, Matt Nagy of the Chicago Bears is listed among the coaches with the potential to lose their job, and they are still heavily featured in the NFL Playoff odds.

The Bears bring a 5-4 record into tonight’s Monday Night Football matchup against the Minnesota Vikings where they find themselves as a 3-point underdog.

Coach Nagy could find himself in trouble if he loses this game and the Bears fall to 5-5 after beginning the season 5-2, and the NFL betting odds suggest that he will do just that.

Adam Gase and the New York Jets are 0-9 and are showing no signs of improvement. It is no surprise that Gase is featured as the most likely option to get fired first in the betting odds. What is a surprise is that he hasn’t been fired already.

The Jets’ current roster is not set up to win, and there is severe doubt as to whether the franchise intends to let Gase guide the next nucleus of players in future years. So what gives? Why is Gase still around?

A recent report by NBC Sports suggests that Gase will remain with the team until the end of the year, perhaps to simply ride out this season with the current roster so that turmoil can be kept to a minimum.

That certainly puts a damper on Gase’s chances of being fired first, which means bettors should strongly consider the NFL head coaches with lower, and more profitable odds.

Anthony Lynn of the San Diego Chargers can’t seem to buy a break this season, but his players are responding to him, and he appears to be the right choice to guide the team into the future.

After examining the circumstances involving each NFL team, it would seem that Doug Marrone of the Jacksonville Jaguars has the best chance to lose his job first, and his +400 odds will payout at 4X the amount risked for bettors savvy enough to lay some action.

Once the first coach gets the axe, all bets are off, so don’t get caught sleeping and miss out on these profitable odds. We’re guessing that one of these coaches will be fired before the Thanksgiving NFL games, so cruise these odds and lay some action now.