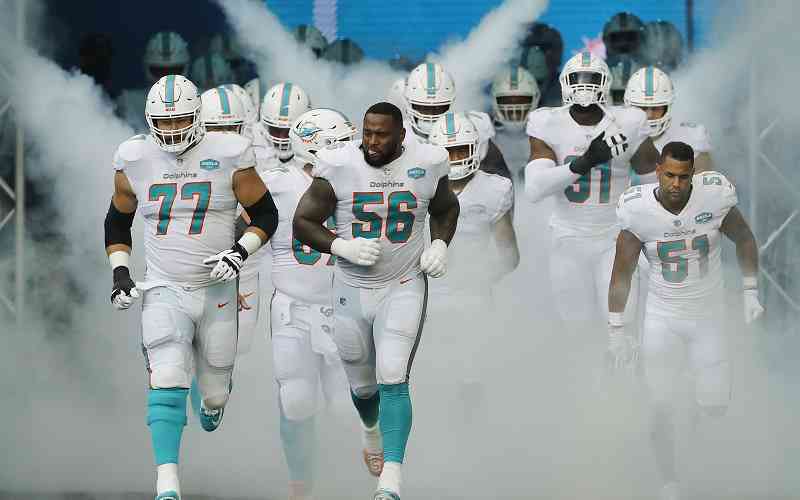 Tonight, the 0-2 Miami Dolphins travel to Jacksonville to battle against the 1-1 Jaguars who are currently running wild under the influence of Minshew Mania.

Whatcha gonna do when Minshew Mania runs wild on you, brother? That’s the question Dolphins defensive coordinators are asking when trying to come up with a game plan for Jaguars’ second-year quarterback, Gardner Minshew.

After hanging tough with the New England Patriots and the Buffalo Bills, the Dolphins now find themselves two games under .500 and desperate to notch one in the win column.

Typically, the Jaguars would provide the perfect slump-busting solution, but Gardner Minshew has Jacksonville playing at a high level, with a victory over the Indianapolis Colts and a narrow loss to Super Bowl betting odds contender, the Tennessee Titans, last week.

Bovada Sportsbook has posted the following line in tonight’s game between the Dolphins and the Jaguars at TIAA Bank Field.

Oddsmakers have given the Jags a 3-point advantage, which would suggest a fairly even matchup between the two squads given that the game is in Jacksonville.

Perhaps they feel that Miami is due for an offensive outburst and that it is about time for Jacksonville to come back down to Earth and live up to the promise of their pedestrian roster.

It appears that journeyman Ryan Fitzpatrick will get his third start of the season at quarterback for the Dolphins, leaving fans wondering just when first-rounder Tua Tagovailoa will get a chance to play.

If Miami loses and drops to 0-3, a Tagovailoa takeover could be imminent. If the Dolphins struggle early tonight, perhaps Dolphins head coach Brian Flores could have a short leash for Fitzpatrick and insert Tagovailoa into the game.

There is a lot of intrigue involved in tonight’s contest, but regarding NFL betting, we’re not seeing anything we’d care to lay action on. The uncertain and unpredictable nature of each team leaves us with little confidence in any occurrence at all.

A betting line that asks for a victory margin point range has placed +325 odds on Jacksonville to win by between 1-6 points. A $100 wager will earn $325 if the Jags simply cover the spread and don’t go over by more than three points.

The odds also allow for the Jags to win by one or two points and not cover the spread. If you feel that the oddsmakers are really close with the line but are not sure if Jacksonville will cover or simply push, then this line may work better for your betting needs.