Can Patrick and the Mahomies win Super Bowl 54? You bet they can. 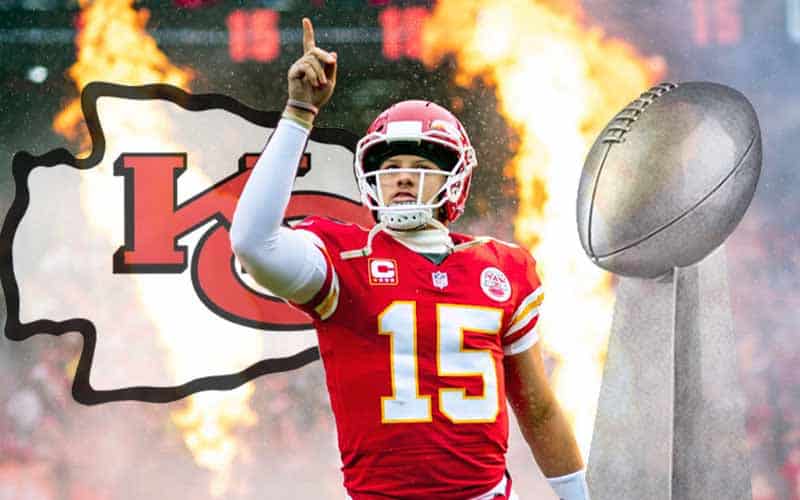 Is the third year the charm for Patrick Mahomes and the Kansas City Chiefs?

After finishing 2018 NFL regular season with a 12-4 record and Mahomes winning the MVP, the Chiefs narrowly lost an overtime shootout to the New England Patriots in the AFC Championship game.

A few things need to work out for the Chiefs if they want to win the Super Bowl this season.

At running back, Damien Williams could be a great alternative to Kareem Hunt as a pass-catching back. If WR Sammy Watkins can stay healthy this season, the two will be productive targets for Mahomes.

The team also added DE Frank Clark and S Tyrann Mathieu to bolster a defense that allowed 405.5 yards per game in 2018.

Behind the Chiefs in odds are the Super Bowl LIII champion Patriots at +650.

It’s never a bad choice to bet with QB Tom Brady and head coach Bill Belichick; the combo has won six Super Bowl titles together since their first in 2001.

However, this will be the first year without TE Rob Gronkowski after announcing his retirement in March 2019. To combat the loss of Gronk’s production, the Patriots have re-signed WR Demaryius Thomas to pair with Julian Edelman and Josh Gordon in hopes of retaining yardage from yesteryear.

The New Orleans Saints, who probably could have won the Super Bowl last year if not for a blown call in the NFC Championship game, have the third-best odds to win the title this year.

Like Brady, QB Drew Brees has maintained respectable stats despite his age. To alleviate some of the offensive stress, the Saints signed TE Jared Cook and RB Latavius Murray. With RB Alvin Kamara and WR Ted Ginn already at the helm, the Saints offense should be as high-powered as 2018’s team.

Last year’s runner-ups, the Los Angeles Rams, share +1100 odds at the Super Bowl with the Philadelphia Eagles. The Cleveland Browns hold the designation as the trendiest championship pick, but with +1300 odds, it could be a stretch this season.

The rest of the teams and their NFL betting odds are below for comparison.