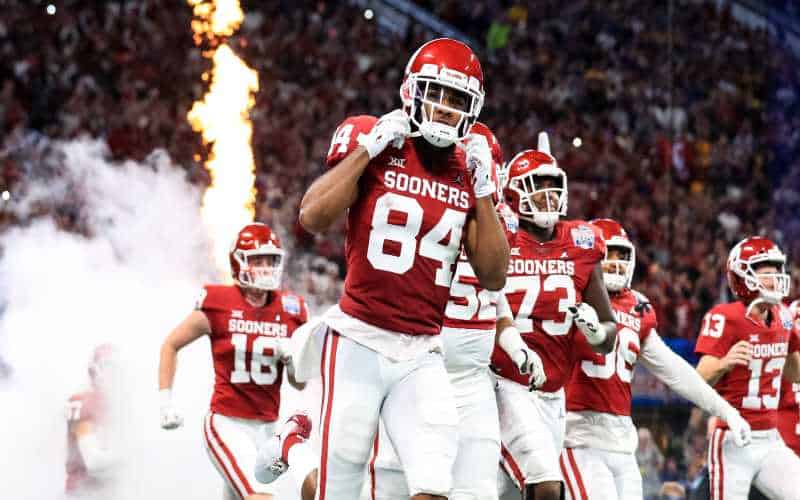 A new bill proposed by State Rep. Ken Luttrell stands to bring sports betting to the Sooner State! Under the terms of the bill, Oklahoma sports betting would be operated by the state’s tribes.

Details of the Bill & the Climate

Rep. Luttrell’s sports betting bill is tame when compared to the gaming expansions seen in other legal sports betting states. House Bill 3008 would only serve to legalize retail betting.

But with over 140 Indian gaming locations in the state, Oklahoma residents would have no shortage of betting operators from which to choose.

Sports betting is already legal in Colorado and Arkansas, both of which border Oklahoma and have been poaching its resident gaming enthusiasts for years.

As other states continue to legalize domestic betting, Oklahoma will lose more local dollars to outside operators.

Cold Feet At the Capital

And while state lawmakers have long refrained from such a gambling expansion, House Bill 3008 stands to create financial figures that cannot be ignored.

The state maintains a humble population of 4 million residents. But if the sports betting bill is enacted as law, the Oxford Economic Group suggests that new revenues could top $240 million a year.

$240 million may seem like a generous estimate for such a small southern state. Still, as conservative as it may seem from the outside, Oklahoma residents want to engage in state-licensed gaming and have for a very long time.

Matthew Morgan of the Oklahoma Indian Gaming Association expanded on this and said,

“Our patrons are always asking us, what is on the forefront, we’re in the entertainment business and they’re always looking for offerings, so we hear [questions about sports betting] quite regularly…”

In the past, residents of the Sooner State had to act as their own advocates. The state didn’t even enter a gaming compact until 2004 when voters pushed for a gaming expansion that should have happened more than 15 years prior.

Action Needed At Every Level

However, House Bill 3008 indicates a step in the right direction. One in which legislators act on the will of the people, without any haste.

More than 30 states offer sports betting in some shape or form. Oklahoma shouldn’t exclude itself from much-needed revenues on the premise of Bible Belt morality.

Oklahoma residents who want to make domestic betting a reality should contact their local representative to say they favor House Bill 3008.

It may not be the bill that legalizes betting in Oklahoma. Still, it is enough to get the ball rolling. And in these strange times, a conversation is all you need to make something happen.