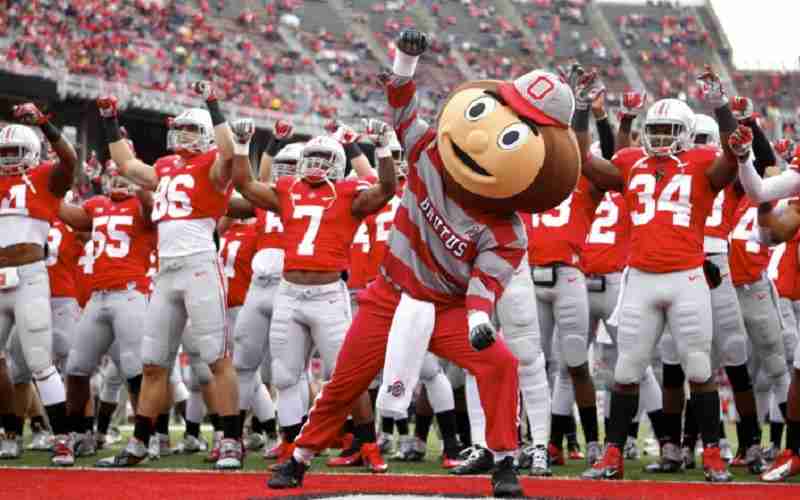 The #1 Alabama Crimson Tide of the SEC and the #3 Ohio State Buckeyes of the Big Ten are set to face off tonight in Miami Gardens Florida’s Hard Rock Stadium to determine this year’s college football national champion.

Back in August of 2020, COVID-19 threatened to disrupt the entire NCAAF season, but the Power 5 Conferences had different ideas, and despite the best efforts of the virus, college football betting persevered.

Because of the limited number of programs and conferences that decided to participate in this season’s chase for the title, the door was open for a non-traditional contender to enter the fray and take a crack at earning a national championship.

The Clemson Tigers and Alabama have been atop the College Football Playoffs betting odds since futures lines first debuted in August.

To be the best, you’ve got to beat the best, and the Ohio State Buckeyes did just that on January 1 when they trounced Clemson, thus eliminating them from the championship futures and propelling themselves into the NCAAF National Title Game tonight.

The below 2021 CFP Championship betting line favors Alabama by 8.5 points, indicating that they are not convinced the Buckeyes will repeat their performance from 10 days ago.

Clemson was favored to beat Ohio State by 7.5, roughly the same spread offered for tonight’s game against Alabama.

Ohio State defied the betting odds and whipped the Tigers by a final score of 49-28, and they looked good doing it. Can they flip the odds once again and secure a national title, spoiling the championship hopes of the Crimson Tide in 2021?

The Buckeye’s +240 moneyline odds can translate to a hefty bankroll enhancement if they can muster up a repeat performance and take down Alabama. Each $1 bet on Ohio State’s money line will earn $2.40 if they win.

Championship games are typically the most highly viewed contest of the year for each sport, and NCAAF is no different. Since so many eyes are drawn to the title game, oddsmakers want to capitalize by providing as many attractive betting opportunities as possible.

This typically generates loads of prop bets on title games, and top online sportsbooks have not disappointed this year.

Here are a few intriguing NCAAF National Championship prop bets to consider for this evening:

There are dozens more proposition bets available at Bovada that ask similar statistic or score-based questions of bettors, so head over there and investigate what they’ve got to offer before the game begins at 8 PM tonight.