Throwing into a tight window: Odds give Rob Gronkowski little chance to unretire 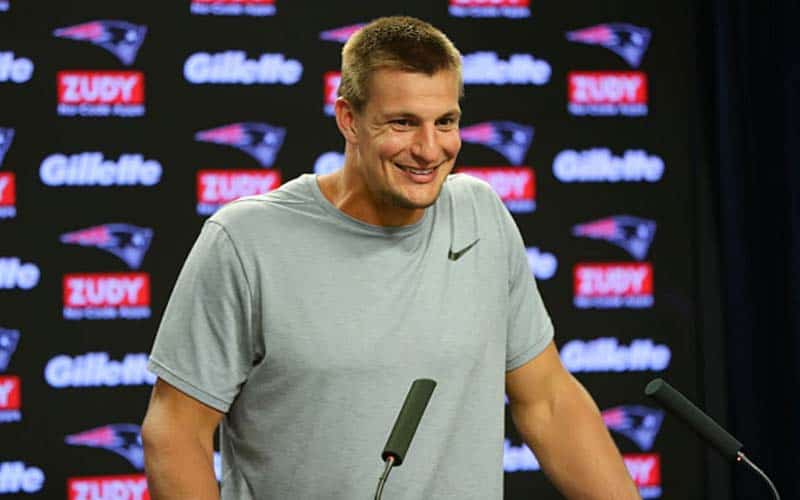 Like Hall of Fame quarterback Brett Favre once said through tears: “All good things must come to an end.” Shortly after his retirement announcement, Favre returned to the league and continued his NFL career for a few more years.

Could Rob Gronkowski be the next superstar to do the same?

Gronk retired from the NFL in March 2019, citing injuries and deteriorating mental health as primary factors.

However, following a video on his Instagram story, Gronk may be returning to the New England Patriots.

“I have a big announcement to make,” the three-time Super Bowl champion said in the video. “I can’t wait to drop it on all of you this coming Tuesday.”

Former #Patriots TE @RobGronkowski: “I have a big announcement to make. I can’t wait to drop it on all of you."

Gronk said the announcement will be Tuesday at 9:00 AM.

Gronkowski must let the Pats know by Saturday, Nov. 30 if he wants to return. Could this be related? pic.twitter.com/SlE7dPfAvz

Many fans immediately speculated that Gronk would announce his return to football during the 9 am ET Instagram announcement. BetOnline, however, has less faith in his unretirement.

According to oddsmakers at the online sportsbook, Gronkowski’s chances of announcing his return are only +700. The same NFL betting odds also list his chances of remaining retired at -1500.

Will Gronkowski unretire at his press conference on Tuesday?

Fueling the unretirement speculation, though, is the video Gronkowski shared on his Facebook page.

Originally a video posted by Tom Brady in March 2016, the short clip shows the New England QB blowing into a shell with the caption “New England Patriots RECEIVERS… ASSEMBLE!!!”

Tom Brady, do you think this thing still works?!! 🐚

NFL Network’s Ian Rapoport has even reported that Patriots owner Robert Kraft has asked Gronk to return for this season’s playoffs.

“Kraft told Gronkowski that he wants him to return for November, December, and a playoff run,” Rapoport writes.

If Gronk does decide to return to the NFL, he has until the league’s November 30 deadline. Otherwise, he will be ineligible to play at all this season.

This is not the first time Gronkowski has made big announcements since his retirement.

The Pro Bowl tight end has previously used his social media accounts to tell fans that he would be a spokesperson for the CBD company Abacus Health Products and that he would be joining Fox Sports as an analyst.