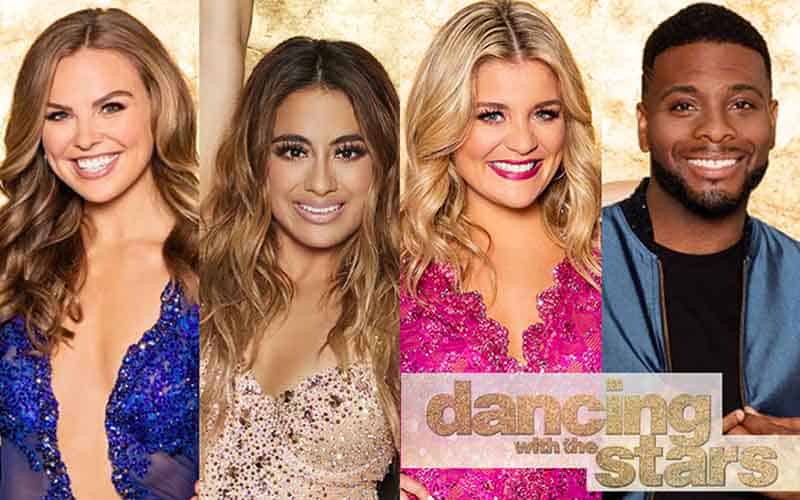 Like Sam Cooke famously sang in 1959: “Everybody loves to cha cha cha.”

Little did Sam know everybody would love to watch celebrities do the cha cha cha on television decades later.

The 28th season of Dancing with the Stars will conclude tonight with the finale featuring the showdown between reality star Hannah Brown, singers Ally Brooke and Lauren Alaina, and actor Kel Mitchell.

Brown, known for her appearances on The Bachelor and The Bachelorette, is favored to take the Mirror Ball trophy this season at +150 odds. Right behind Brown is Brooke with +175 odds of winning.

Alaina and Mitchell’s entertainment betting odds for the show are more of longshots at +300 and +400, respectively.

Odds to win Dancing with the Stars season 28

Tonight’s finale will open with a group routine to “Last Dance” by Donna Summer, followed by a ballroom routine and a fan-favorite freestyle from each couple.

Brown has the most notoriety when it comes to reality television, given her previous runs on The Bachelor and The Bachelorette. Coupled with her improved footwork, the University of Alabama alum is primed for a first-place finish.

Considered one of the best all-around dancers on the show, Brooke has struggled with earning fan support this season. Despite being in the bottom two three times this season, Brooke is no stranger to perfect scores from the judges.

A tad inconsistent with her performances, Alaina can be hit or miss each week. However, as Bobby Bones showed fans last season, country music celebrity underdogs should never be written off.

Described as “the surprise of the season” by judge Carrie Ann Inaba, Mitchell will play into his strengths with his Monday night routines. For the older fans that remember Mitchell from Good Burger and could give him hefty support, his +400 odds may be a solid bet for a sizeable payout.