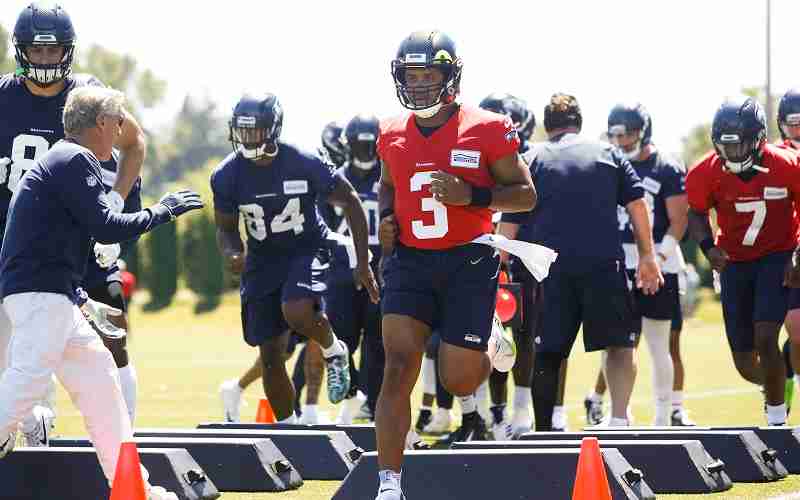 Professional football training camps are set to begin across the nation over the coming days. The smell of sun-beaten, freshly mown grass and the sound of pads popping are sure to energize football fans as well as those that like to bet on the NFL.

The league is entering into final preparations for COVID-19 requirements that will keep their players, personnel, and coaching staff safe throughout training camp and beyond.

While the added steps are a move in the right direction, many players have become vocal in their complaints that the NFL has yet to finalize Coronavirus provisions so close to the start of camp.

Several tweets have come out from star players over the last few days including Kansas City Chiefs quarterback Patrick Mahomes, Seattle Seahawks QB Russell Wilson, and Houston Texans defensive end J.J. Watt, all containing the #WeWantToPlay as a part of their message.

I am concerned.
My wife is pregnant.@NFL Training camp is about to start..

We want to play football but we also want to protect our loved ones. #WeWantToPlay

Once again in the interest of keeping everyone (players & fans) as informed as possible, here is an updated list of what we as players know and don’t know as the first group gets set to report to training camp tomorrow.#WeWantToPlay pic.twitter.com/xQcjs33zgM

CBS Sports is reporting that 59 players in the NFL have tested positive for COVID-19 thus far. The league had previously reported a number of 95, but that included non-player results.

These numbers are of great concern to the NFLPA. They released a statement regarding their demands for safe testing of their players, and what they expect the league to achieve prior to the deadline for veterans to report to training camp on July 28.

“Our union has been pushing for the strongest testing, tracing and treatment protocols to keep our players safe. The testing protocols we agreed to are one critical factor that will help us return to work safely and gives us the best chance to play and finish the season.”

A Statement Issued By The NFL Players Association

There is the possibility that training camp start dates could be delayed if policies are not enacted in time enough to please the NFLPA. Defensive units are usually ahead of the offenses early in the season. Offensive units take extra time for their personnel to gel together, and for playbooks to sink in.

Defenses are more focused on zones of coverage, containment assignments, and aggressive pass rushing. Many of those components of gameplay are already hard-wired into the brains of defensive players, allowing for an early-season advantage over the offensive side of the ball.

The league is much less apt to move the season’s start date than it is to lessen the time it takes to conduct the preseason, so expect the defensive dominance to last longer into the schedule than usual.

That will directly affect point spreads, and totals will be set much lower on game lines as defenses control much of the early action.  The effect could be significant across all NFL bet types.

That could make a difference to explosive offensive teams like the Chiefs who are currently the favorite in the Super Bowl betting odds.

There is also the potential for it to affect NFL playoff betting, as the seeding could be altered by some surprise early-season results.

The NFL and the NFLPA need to come to an agreement soon, as any further delay could put the season into serious jeopardy.