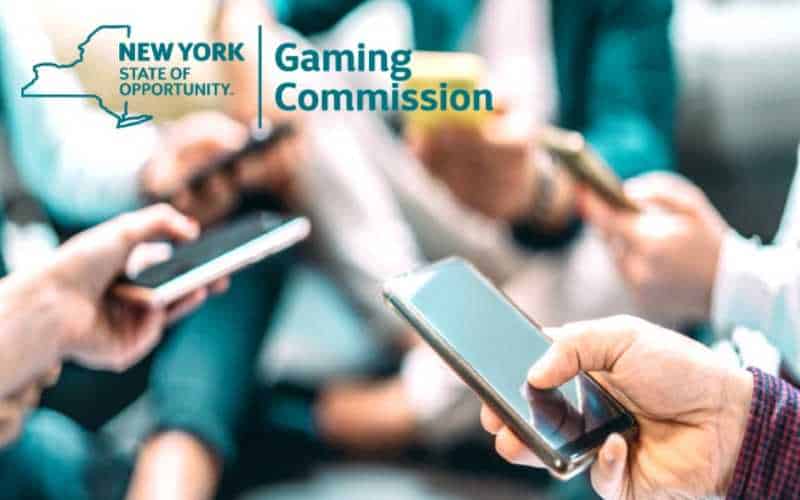 What Mobile Bettors Need to Know

New York already has measures that allow for retail betting at the state’s casinos. However, the option to bet online stands to put New York on par with the nation’s other sports betting states.

As to whether mobile betting will make its way to NY before 2022, the answer is still up in the air. A gaming official recently said that sports betting before the new year “Depends on the licensee getting everything lined up.”

Some New Yorkers were surprised to see that rapper and businessman Jay-Z hadn’t made the cut. When applications were made available, the state’s gaming commission claimed that they would emphasize diversity and inclusion.

Having partnered with Michael Rubin’s Fanatics and being appointed Chairman on the board, many assumed that Jay-Z would have bagged a license with ease.

However, just days before the winning bids were announced, news broke that Barstool’s David Portnoy had been accused by several women of sexual violence.

Lack Of Diversity Across Licensees

Although gaming officials have refrained from commenting on the matter, it seems that the scandal effectively killed Jay-Z’s chances of being a sportsbook operator.

Even so, some continue to criticize the decision of the gaming officials to stick with traditional gaming conglomerates. A state lawmaker said the following:

“I’m truly disappointed that the Gaming Commission is making a serious error in not being inclusive, and just going back to the good old boy systems…We’re just playing around with the same people.”

Disappointment aside, this is the time when sportsbooks begin to kick into high gear. As the NFL regular season moves into its second half, states with legal betting operations are raking in huge tax revenues.

How To Bet In New York

New York mobile sportsbooks will have to work feverishly to make their services available for playoffs. But, New Yorkers don’t have to wait on domestic books to get their bet on!

Offshore online sportsbooks are one of the safest and easiest ways to place bets from almost anywhere in the US. Many of these sportsbooks have decades of experience and adhere to industry standards for software.

If you’re not sure where to get started, go ahead and book your way over to our reviews tab for everything you need to know about the top offshore betting sites.