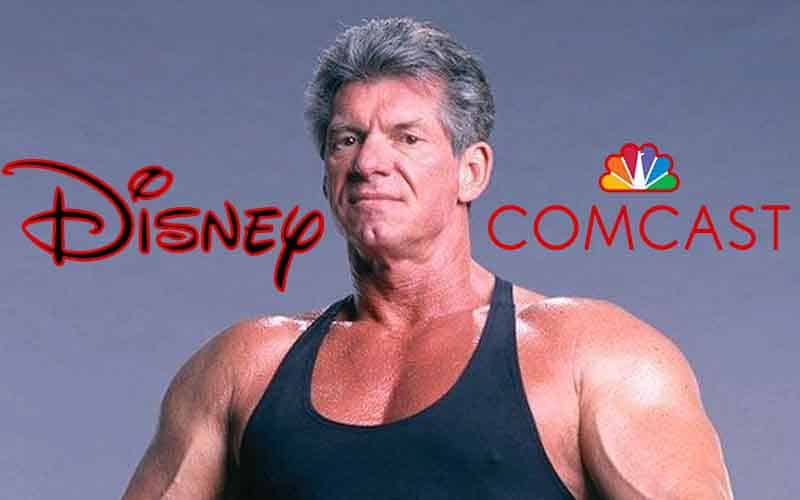 Last June, Vince McMahon retired from his position on the WWE board and handed created control over to his son-in-law Paul Levesque, otherwise known as HHH (Triple H).

At 77, time for me to retire.
Thank you, WWE Universe.
Then. Now. Forever. Together. #WWE #thankful

On Monday of last week, Vince re-elected himself to the WWE board using his controlling interest and the voting power attached to it. The reason? He intends to position the company for a sale.

The following morning, several stories were posted suggesting that World Wrestling Entertainment had been sold to the Sovereign Wealth Fund of Saudi Arabia.

Rumors of the WWE sale to the Saudis were squashed within hours, but a pending deal with them was not denied in any way.

Pro wrestling betting sites have produced odds for wagering on the company, entity, or person that will purchase WWE, with the Saudis conspicuously present toward the top of the list.

Odds For Who Will Purchase WWE?

Saudi Arabia has strong business ties with the WWE. Since 2018, the WWE has been hosting “Crown Jewel” in Saudi Arabia, a yearly event that features a card stacked with its top superstars.

The current asking price is rumored to be in the neighborhood of $6.5 billion, a value that is largely based on their video library and streaming revenue potential.

The Saudis are passionate about the product, have the throwaway money required for the investment, and also seem keen on allowing McMahon to stick around the company in some capacity. Could a landing spot for Vince give potential buyers a leg up on their competition?

Entertainment prop bets are also suggesting that rival promotion AEW (All-Elite Wrestling) may be a player in the acquisition. While Shad and Tony Khan (who also own the Jacksonville Jaguars and the Fulham Football Club of the Premier League) may have the bankroll to enter the conversation, McMahon’s ego is not likely to allow for his life’s work to fall into the hands of a competitor.

Leading the odds at the moment is Comcast/NBC, with a moneyline of -150, indicating a strong likelihood of becoming the buyer when compared to Disney (+300).

A deal with Comcast and the WWE makes sense, as Peacock is already in the middle of a two-year agreement to be the streaming host of their media library.

Despite Comcast/NBC being the favored option at legal entertainment sportsbook sites, their odds are close enough to even to consider laying some action on. A bet of $150 on Comcast to purchase the WWE will earn net gains of $100, but only if you place your wagers now.