Golden Knights Score A Goal With A Sportsbook Partnership 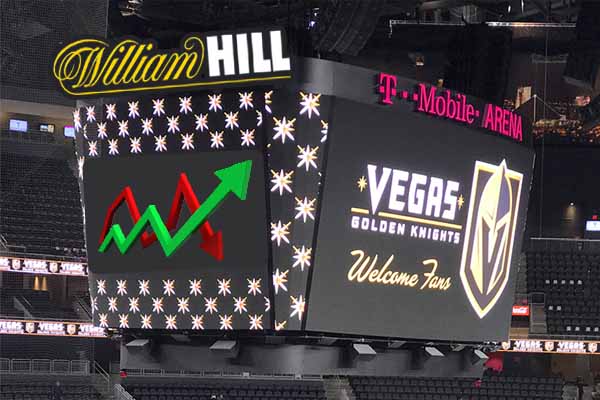 The Vegas Golden Knights just received an assist from William Hill and became the first Professional team in America to partner with a reputable sportsbook.

On September 18th, 2018, the Vegas Knights and William Hill US (a Vegas-based sportsbook) announced a partnership deal that will extend over the next few seasons. The plan is for the partnership to extend to age-legal betting hockey fans across multiple media platforms, in and outside of the arena.

Golden Knight President Kerry Bubolz told media outlets that “We are always looking for innovative ways to engage different segments of our fan base and to provide a unique fan experience.” He also went on to say that “this partnership between a major professional team and a sportsbook operator is a historic, landmark agreement, and we are delighted to be leading the way with William Hill.”

The partnership is said to include multiple ways in which fans will be able to interact with the team and the sportsbook. They have yet to release all the details or the finances behind the partnership, but they have hinted to how the sportsbook will get involved in the game.

William Hill sportsbook will get visible signage at the Knight’s T-mobile arena and will be able to display odds on the scoreboard during intermission. They will also host an away-game watch party, and the scoreboard will display a “William Hill Line Change” when the head coach substitutes his players on the ice.

The Golden Knights were red hot last year, and fans are excited to see what the new franchise can do this upcoming season. The partnership deal will likely appeal to devoted fans who like to gamble and deliver real-time Vegas projections during the games. For Nevada sports betting fans, this is a gamblers dream come true.

More details concerning the partnership are expected to arrive in the next few weeks before the start of the 2018-19 season. The Knights were the talk of the league last year with their inaugural season playoff run, and they are sure to be the talk of the season this year as they break new ground and possibly start a new trend among American sporting franchises.