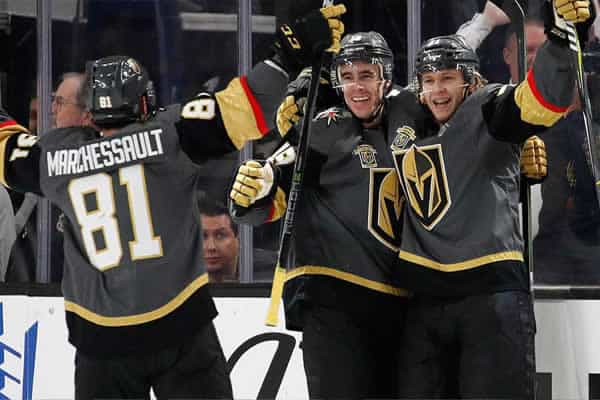 The 2018 Stanley Cup is a divisive battle in terms of who to root for. Do you go for a team of castaways looking to prove their doubters wrong in their first season? Do you go for a team that has fought for this opportunity over 20 years of getting oh-so-close? This is the case with the Las Vegas Golden Knights and the Washington Capitals.

The road here for the Las Vegas Golden Knights is almost out of a movie. The new expansion team is made up of players discarded by their former clubs and picked out via an expansion draft. A lot of the players were thought to be overvalued and in the twilight of their careers. These players ended up having career-best seasons and proved all the NHL analysts wrong by winning a division title and Western Conference title in their first season—not to mention having the second-best record in the whole league. In the Playoffs, the Golden Knights swept the LA Kings in the first round, beat San Jose in six games and crushed the Winnipeg Jets in five games during the WCF.

Marc-Andre Fleury is a major credit to their success. The veteran three-time Stanley Cup winner came over from the Pittsburgh Penguins and has had the best year of his entire hockey career. Fleury’s performances in vital moments have turned multiple series on their heads. The offensive duo of Jonathan Marchessault and Reilly Smith have lit up teams throughout the regular season and into the Playoffs. The linkup between these two will be vital in the Stanley Cup Finals. Keep an eye on how defensemen Shea Theodore, Nate Schmidt, Deryk Engelland and Brayden McNabb limit Alex Ovechkin’s scoring.

Speaking of Ovechkin, let’s take a look at the Capitals. Washington got past Columbus in six games in the first round, then moved past arch-rivals Pittsburgh in 6 games during the second round. They had a hard-fought battle with the Tampa Bay Lightning in the ECF, which went all the way to seven games, but the Capitals had a strong 4-0 victory in Tampa to clinch Game 7. Ovechkin, the NHL’s all-time leading scorer by more than 200 goals, is a pivotal part of their success this year. He opened the scoring in Game 7 within a couple minutes of the first puck drop.

While Ovechkin is the main part of their offense, they also have Evgeny Kuznetsov to rely on. The forward has 24 points total in the Playoffs this year (beating Ovechkin by two). There are five other Caps players with points in the double digits—Nicklas Backstrom (16), John Carlson (16), TJ Oshie (15), Lars Eller (13) and Tom Wilson (11). The defensive trio of Carlson, Matt Niskanen, and Dmitry Orlov put up stout defensive wall. Goaltender Braden Holtby has been strong throughout the Playoffs with a .924 save percentage.

These two teams have shown why they deserve to be here. Nevada steamrolled the competition and Washington ground their way to victory through multiple close games. Oddsmakers have the Golden Knights as the favorites, but the Caps are proven road warriors and may finally be able to hoist the trophy up for their fans.